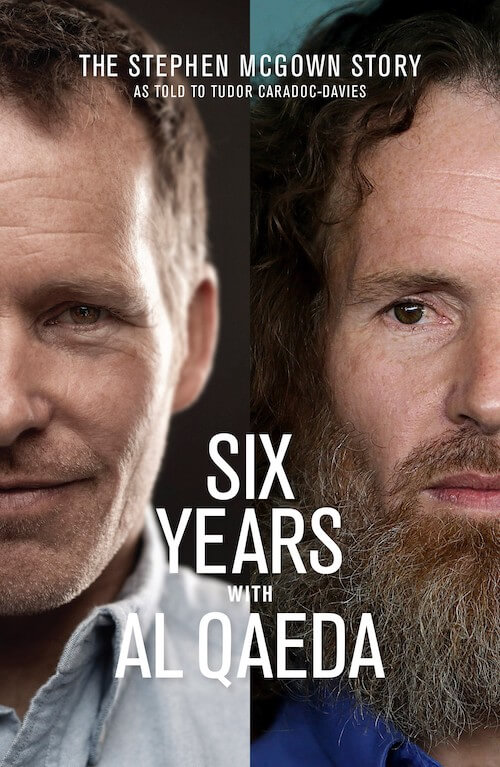 I’m often dismayed by how many books are published where the author doesn’t have much of a story to tell. Or where the style of writing doesn’t have any style at all. A literary free-for-all with everybody chasing their 15 minutes of fame.

Then along comes Six Years with Al Qaeda, a book so unlike any other that it keeps you awake at night with a head full of ‘what ifs’ and ‘if onlys’.

This is the story of Stephen McGown, the South African who was kidnapped by terrorists in Timbuktu during a motorcycle trip home from London to Johannesburg in 2011. He was held captive in the Sahara for six years, and finally released after intervention by the aid agency Gift of The Givers.

The book is described as the “Stephen McGown story as told to Tudor Caradoc-Davies”, a journalist who patiently drew out the facts and emotions, cleverly organised them into coherent sections, and filled out the background. He also captured both the terror and the tedium of spending six years facing the constant but contrasting fears of either being killed or going mad from boredom.

It draws you in immediately, starting with the kidnapping then backtracking to the broader sweep of McGown’s life. It’s an excellent read, part adventure story, part psychological drama, and part warning, perhaps, not to go gallivanting through war zones.

The writing is honest, with McGown never trying to paint himself as brave or macho. He was justifiably terrified, and says so. “Living in constant fear does crazy things to your body and mind: you start to lose your grip on reality. A body needs to come off that terror high,” he says. 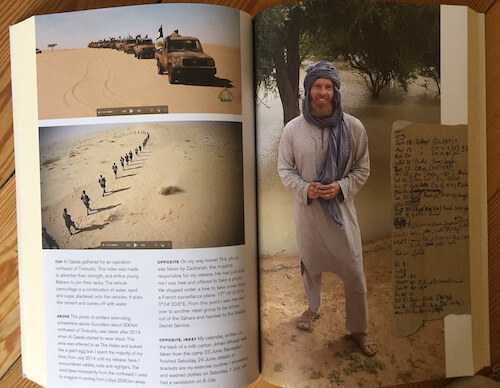 He was abducted alongside two other men, Sjaak Rijke and Johan Gustafsson, and came out of it very much a changed man. “With survival always uncertain, we behaved in ways that were not part of who we thought we were before we were abducted,” he says. That included converting to Islam, a survival tactic to ensure he was treated more as a brother than as an infidel by his captors. “Five months into our captivity, life had become desperate,” he explains. “I felt if I did not convert, I was not going to make it through.”

McGown had a privileged youth and went into banking, then moved to London to inject some excitement into a job that was stifling his free spirit. There he met and married Cath, another South African, and when they decided to come home to start a family, she caught a plane. He set off on his motorbike after weeks of meticulous preparation. Then he drove into a shitstorm in Mali.

McGown explains in brief detail the lie of the land in terms of politics and tribal factors, giving us a useful outline of how the Al Qaeda empire functions. He explains how they take over a country by stealth, infiltrating places where there is a mass of discontent and downtrodden people, recruiting converts and imposing Sharia law. 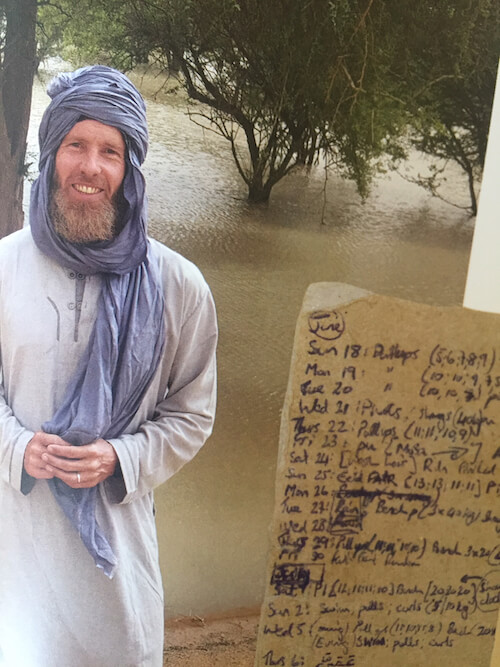 There are chapters about the animals and insects of the desert, including the intense fear that his captors had towards tortoise and gecko. He describes the conditions he was kept in – the world’s largest prison with no walls, basically, - and how he learned desert skills to make himself as comfortable as possible.

His story is interspersed with chapters that tell the story from his wife Cath’s side, not knowing if or when her husband would ever come home. Cath reacted in a way that sounds extremely unhealthy, questioning what she had done to deserve this.

She deliberately avoided anything that might give her pleasure, like an entertaining movie or an uplifting song, in an act of self-flagellation so she could suffer in solidarity. She was torn by guilt, wondering if she was doing enough to save him, when really, she could do very little.

As well as rounding out the story from both sides, these chapters are study of how unexpected and unknowable circumstances can slaughter our emotions. They also highlight what a natural storyteller McGown himself is, since Caradoc-Davies can’t give this drier material the same depth and interest as he can with McGown’s narration.

Other sections told by his father Magoo reenforce the helplessness of being unable to do much while trying to do everything to get his son out. Where do you even begin when someone you love is kidnapped in a different country? “It became apparent that if we only followed protocol, nothing would ever happen,” Magoo says. 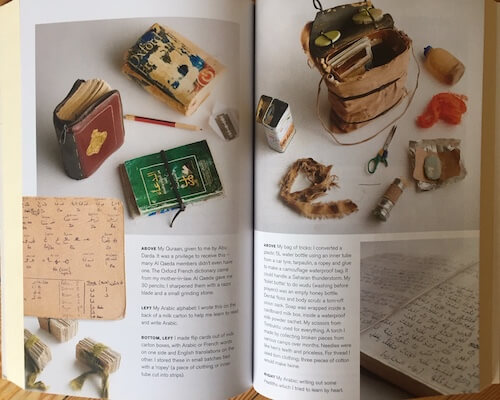 He and Cath met endless officials, as well as anybody who claimed they could help, discovering that many people are callous enough to capitalise on a tragedy. It’s a fascinating insight into the muddled and opaque machinations and wheeler-dealering behind international politics, terrorism and diplomacy.

There are important sections too from Imtiaz Sooliman of Gift of the Givers, which managed to achieve in six weeks what the South Africa government failed to do over five years. It’s sad, if unsurprising, that our shambolic government comes out of the whole affair looking incompetent, uncaring and rather ridiculous.

Fortunately the Stephen McGown story had a happy ending, because he was set free. But for him and his family, the devastating changes it wrought will never be over.

Six years with Al Qaeda is published by Maverick451 and available at Exclusive Books for R302. For details click here: