A journey to the past 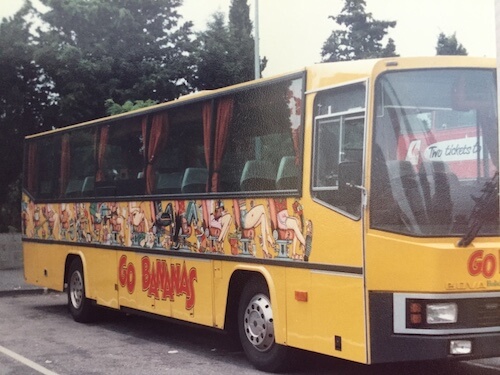 Travelling is a wonderful way to make new memories – but on one unusual trip I went searching for old memories instead, seeking the long-faded footprints of somebody who changed my life.

As a kid growing up in England, I was painfully tall and gawky, and ugly in my cheap, thick National Health glasses. Intelligent too, and a perfect target for bullies in a school where other kids aimed for mediocrity so they didn’t stand out.

Finally I grew quirky enough to be untouchable, partly thanks to Karel, a Czechoslovakian coach driver. Karel (who spelled it Karl to avoid looking girly in scummy northern England) was gloriously exotic, with long blond hair, cowboy boots, a face chiselled by warmer climates, and a silver sports car that he parked outside school when he picked me up after class. 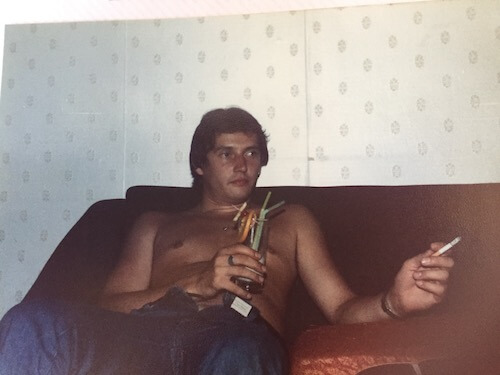 He was seven years my senior and called me ‘petal’ with gentle irony. He taught me about life and love, and the transient nature of both, told magical myths about his past and introduced me to exotic food. He ignited a love of travelling that later saw me move to Egypt, then South Africa.

We drove across Europe in his bright yellow coach, my schoolgirl French earning me free passage as the courier. We drank wine in Parisian cafes, delivered Roses Lime Cordial and Heinz Tomato Ketchup by the caseload to British bars in Italy, and camped through thunderstorms in Spain. When his sportscar died, Karel replaced it with a clunky Citroen 2CV that bounced us all the way to Marrakesh in Morocco.

His parents once ran a hotel in Brno, and had abandoned it in 1968 when Russian tanks rolled in to quell an early attempt at a Spring uprising. Young Karel was told to pack his favourite things in a suitcase, because they were going on a foreign holiday. But they never went back – they just walked away, sacrificing everything. 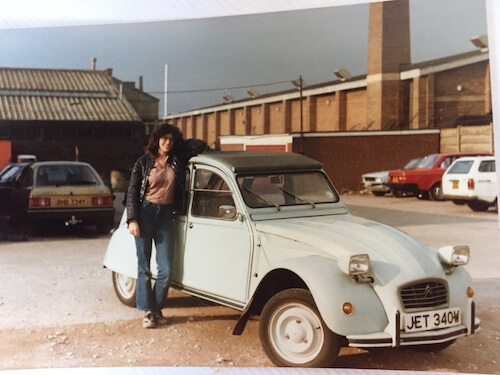 When his parents eventually went home many years later, Karel stayed behind. Every year they sent a Christmas hamper stuffed with treasures that sent him into raptures. Succulent olives, pungent cheeses and string-bound salami that would hang in his kitchen for weeks. Jars of sauerkraut and mysterious pickles, biscuits studded with caraway seeds, and luscious marzipan-filled stollen. Exotica that exposed traditional English fare like bangers & mash as shamefully dull.

That was all many years ago. Karel the Restless moved on, my young broken heart eventually healed, and I don’t even know if he’s still alive.

Not long ago, I booked a trip around Eastern Europe on a network of far sleeker coaches. And a daft idea gradually turned into firm plans to interrupt my itinerary by heading to Brno, to see the city that shaped him.

I’d already discovered that almost everyone in Brno is called Karel or shares his surname, Havlíček, so there was no chance of tracking down the hotel his family once abandoned. I didn’t care. I just wanted to absorb the sights and sounds and flavour of the place and breathe the smells that fuelled his carefree spirit. 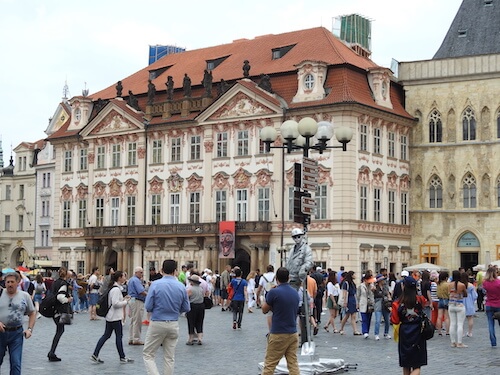 I spent seven days in Prague, but shelved a plan to go from there, because Brno is closer to Vienna in Austria than it is to its own capital. But when I reached Vienna I was so awed by its magnificence that I was loathe to lose a day chasing down a ghost.

Besides, by then I’d already walked the cobbled Czech streets in Prague and Český Krumlov, and savoured the traditional markets that stirred funny, happy memories of those Christmas hampers. I’d stumbled over his unpronounceable language with its unfathomable guttural chokes. I’d seen faces that sparked a gulp of long-ago familiarity in the set of the nose, the shape of the forehead.

I thoughtfully rustled the sheaf of Czech currency I’d set aside for this long-anticipated tryst with the past. And I put the money away again.

I didn’t need to visit a city that he may not even remember himself. By seeing the country that gave him life, I could say thank you, petal, for inspiring mine.