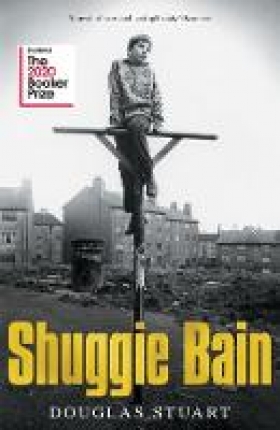 Every good story needs a thread of hardship and heartache for the hero to conquer before rising triumphant.

Hardship and heartache flourished in the seething slums of Glasgow in the 1980s, but provided very few opportunities for triumph. It was a pit of poverty and hopelessness, life-ending alcoholism, domestic violence and desperation. No place for a young kid to grow up - except this was Catholic country too, with every family sprouting more mouths to feed than their welfare benefits could support.

This is the world of Shuggie Bain, the debut novel by Douglas Stuart and winner of the 2020 Booker Prize for Fiction.

I’d heard it was excellent, but I was wary to dive in after reading the blurb on the back, which sets the scene of a problem boy looking after a problem mother in a problem town.

The story itself is grim, but the writing is wonderful, with rich descriptions that paint the characters so vividly and quickly that you come to know them all. It paints the scenes more beautifully than the stark slag heaps and squalid streets deserve. Stuart pulls you into this world so well that I had to keep looking up from the pages to remember with relief that I wasn’t really there.

Since I grew up in England I was well aware of the rough reputation of this Scottish town, and the Glasgow smile - scars inflicted by knife cuts from the mouth to the ears if you upset the wrong young thug. But no prior knowledge is necessary, although you may be puzzled by some of the slang littering the conversation.

Not when young Shuggie is speaking, though. He’s an oddity with his polite, fastidious, feminine and well-spoken ways that make him an easy target for the bullies. What drives Shuggie the most is a determination to save his mother Agnes, a natural beauty with an ugly drinking habit. 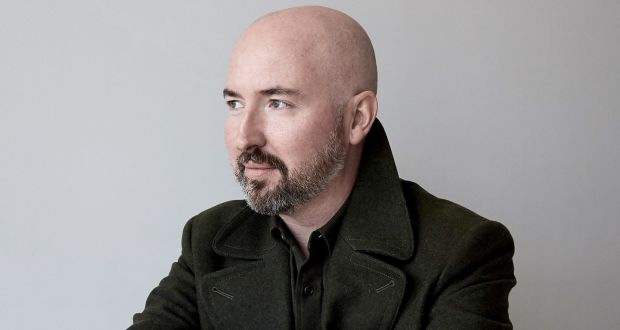 Stuart says his novel is drawn from his own childhood, and the parallels between the author and his hero are glaring. He didn’t know his father, his mother died when he was 16, he lived alone for a time, and he’s gay. The big difference is that Stuart has triumphed, and Glasgow grit played its part in that, with his book taking 10 years to complete and being rejected by 32 publishers before it was finally picked up.

The result is a substantial saga that poetically describes a life of misery, balanced with enough touching and funny lines to relieve the gloom.

In the early chapters Agnes, her three kids and Big Shug, her second husband, are sharing a small flat with Agnes’s parents. There’s not enough money to pay for the clothes they buy on credit, but there’s always enough for cigarettes and alcohol. Later there’s no money for those either, but Agnes finds a succession of men willing to provide the booze in return for her favours.

Stuart doesn’t moralise, but makes it clear how much lifelong damage is inflicted on kids who grow up in these warped worlds, believing it’s a man’s right and duty to shag around and beat his women. A world where “bruises could be more plentiful than hugs in a marriage.” These families and homes aren’t simply broken, they’re physically and emotionally battered.

Agnes ends up in a mining neighbourhood where everything is covered in layers of grime, even though the pits have closed and the men have no jobs. Your business is everybody’s business, and the unneighbourly neighbours relish bringing down anyone they sense is above them.

I read Shuggie Bain with a constant sense of impending doom, knowing that even in the happy sections, something bad was lurking. Stuart doesn’t deliver it obviously, however, cleverly misleading us into thinking one thing is inevitable, then hitting us with another.

He plays with us when things are going well and Agnes is sober and attentive, so we also clutch at the hope her kids felt, only to have it dashed again.

Agnes, Shuggie and his siblings are pummelled by a succession of little disappointments in between large disasters, mainly inflicted by Agnes and her all-consuming desire to drink. Stuart describes the alcoholics with a practiced eye, capturing their arrogance and superiority, their sense of being wronged by everyone except themselves increasing with every sip.

Yet his characters aren’t painted black and white, good and bad, rogue or victim. There’s a bit of everything in all of them. Agnes is terrible as a mother, but you admire her feisty attitude, with large, gaudy rings “a sparkling weaponry, knuckledusters of peeling, plated gold.”

One thing that struck me is how we are all, to some degree, at the mercy of those around us. Those who may choose to love us or leave us, to support us or tear us down. As a child, Shuggie is still learning that lesson, always believing that if he tries a little harder, he can become everything his mother needs to pull herself back. His puzzlement and defeat when he sees his efforts failing are heart-breaking.

It’s a powerful book, and perhaps the real hero here is Stuart, for finding his opportunity to rise above and triumph.

Shuggie Bain by Douglas Stuart (Picador) is available from Exclusive Books at R348 or online here for R325.