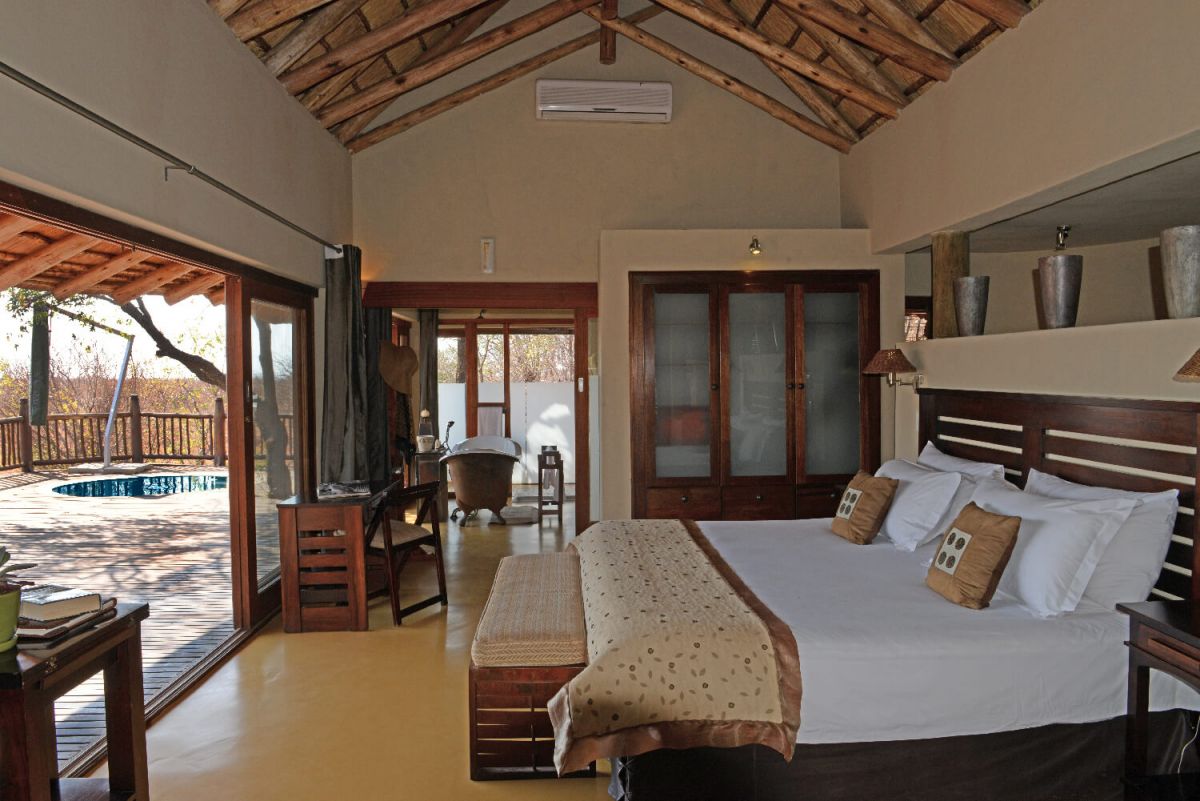 I love Etali Safari Lodge, partly because it managed to impress and look after my elderly mother so well during her first ever trip to Africa.

This five-star lodge is in Madikwe Game Reserve, four hours from Johannesburg, with the last 30 minutes spent in Madikwe itself.
We arrived hungry for a late lunch of smoked salmon salad, but paced ourselves in preparation for the over-indulgence yet to come, with high tea at 4pm, snacks on the game drive and a three-course dinner. Sometimes dinner is served in the boma, with the staff forming a mini-choir to sing some welcoming songs.

The eight suites have spacious bathrooms, large wooden decks with heated plunge pools and an outdoor shower, which always feels deliciously naughty. With no fences around the lodge an armed guard escorts you to and from your room after dark. That felt slightly unnecessary, until a ranger told me a black mamba had been skulking outside my lodge that afternoon.

The main lodge has a large dining area on a wooden deck that looks out over a waterhole, plenty of communal space and areas where you can tuck yourself away with a book from the library and a drink from the bar.
There’s a spa too, offering odd treatments like a knobkierie massage and a potato wrap. Better make friends with the therapist first so you don’t emerge battered and baked. 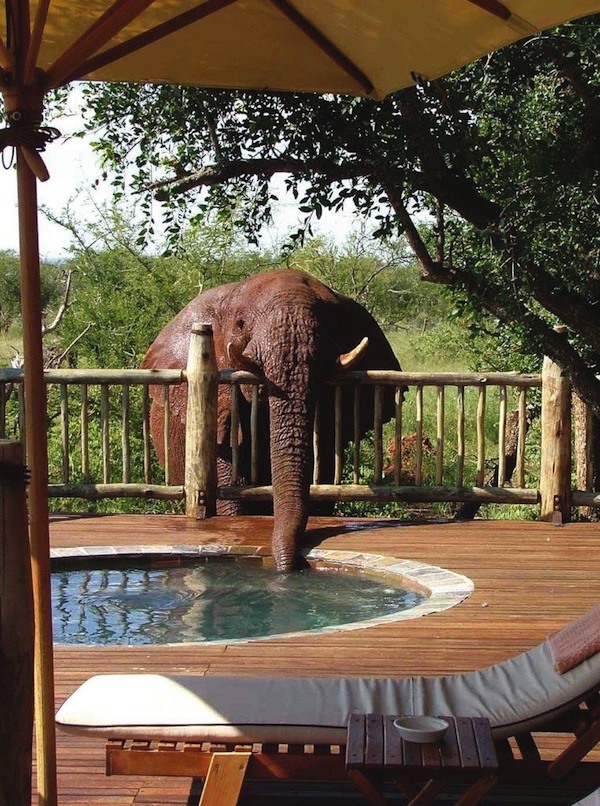 Our ranger carefully helped my mother into the Landcruiser, then turned off-road to track Madikwe’s wild dogs as they picked up the pace for an early evening hunt. The rangers also do bush walks, which are my favourite part of a bush break. While you’re not likely to encounter anything too ferocious, there’s always the adrenaline-pumping potential of stumbling over a lion lolling in the shade.

But usually it’s the smaller things that make a bush walk utterly intriguing, like an orb spider wrapping up a cricket for lunch, a curious tree iguana, or hearing the burly gung-ho ranger coyly admit to a passion for grasses.