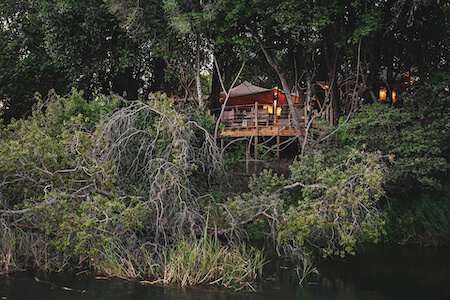 There are elephant footprints on the patio when I’m shown to my tent on Tsowa Safari Island. They’re the calling card of Number 16, a boisterous delinquent with a tendency to poke his trunk into places where it isn’t welcome.

If he comes nosing around my tent again I'll be safe as long as I stay inside and don’t harass him, says Duncan Elliott, Tsowa’s manager. I assure him I have no intention of harassing several tons of curious testosterone, but the idea does add a lovely frisson of excitement.

Duncan doesn’t like to anthropomorphise animals so he hasn't given number 16 a name, but he’s been collared so a university student can study his behaviour. Duncan’s phone receives daily updates of the elephant’s movements, with the map covered with criss-cross patterns across the island, the water and the mainland. The app can also give live updates if he wants to take guests on an island walk and either meet or avoid the wandering giant. 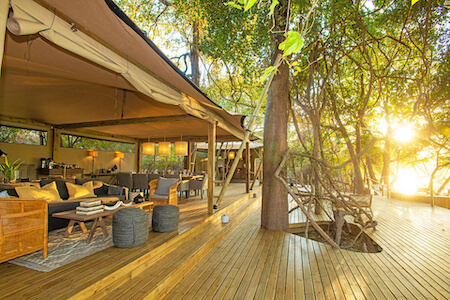 Tsowa is an unusual safari experience, with the lulling allure of water adding a tranquil calmness to the isolated camp. The activities centre on island walks, river cruises, excellent meals, and a boat trip to the mainland if you want a proper game drive or a tour of Victoria Falls.

Sadly the fishing isn’t great because the Zambezi has been over-fished from the Zambian side, although poaching has fallen since the lodge brought more eyes to the area. The crocs and hippos are still plentiful though, so swimming is confined to two small pools at the main lodge.

Tsowa Island is 1,4km long by 600m wide, and it’s the oldest concession in the Zambezi National Park, but a previous attempt to build a lodge here failed because the rooms were built below the high-water line. This time the construction was led by Duncan himself, a Zimbabwean mechanical engineer who specialises in building lodges. He’s invested in the place too, as a co-owner with the South African company Isibindi Africa Lodges. 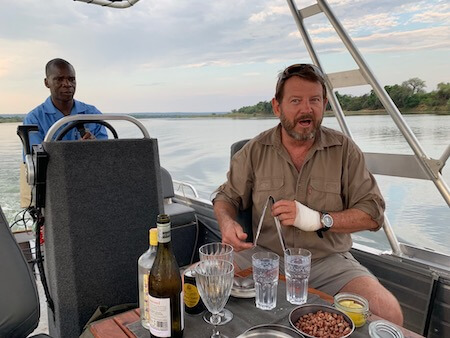 Isibindi’s founders Brett and Paige Gehren both come from a strong conservation background and position their lodges to create a buffer between wilderness areas and human communities. Its lodges bring jobs, training and other practical support to the often-neglected rural areas where they're based, encouraging the local communities to protect the land and its animals as the source of a sustainable future.

The light-touch camp was constructed around the trees, with the deck carefully laid around them so they offer some shade as you dine or drink. The chef cooks on gas and the electricity is solar powered, with a generator for emergency back-up and a tendency not to run it to avoid disturbing the peace.

Guests are welcomed by a sunset river cruise on the first day, with Duncan mixing generous gin and tonics, pointing out the wildlife and telling entertaining stories of his Robinson Crusoe island life. Later we gather at the bar to swap more travellers’ tales, then tuck into a hearty supper and listen to the noises of the forest. 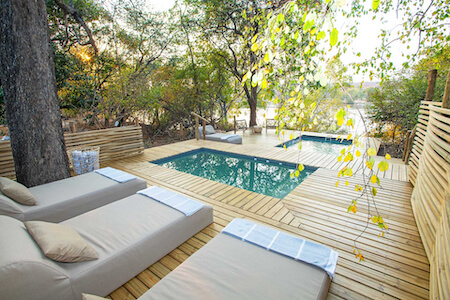 The six wood-and-canvas tents are all strung along the riverbank where elephants play in the water before climbing up the bank to forage in the forest. I can see the river from my bed and keep an eye out for Number 16 while I’m luxuriating in a hot outdoor shower. The night is pitch back and almost silent, and I sleep my soundest sleep for weeks.

It might have been silent at your tent, at mine the Pel's fishing owl was crying like a baby all night!