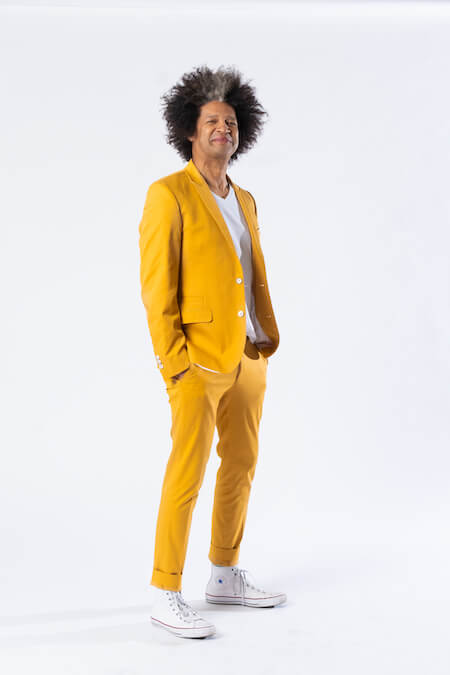 One day in a more enlightened future, wrinkles will be considered sexy. The sign of copious laughter and experiences gained from a life well lived.

Comedian Marc Lottering is certainly hoping so, since he’s recently been struck by the realisation that he’s now become an elder in this era of rampant ageism. The once young and sprightly comic has hit his mid-50s and turned into a man who complete strangers call Uncle Marc. “In your head you’re still sexy but they’re calling you uncle,” he pouts.

The good thing is that paying audiences do still recognise and adore him, and that’s a well-deserved accolade for a man who has been in the industry for decades.

Much of the material in his new show Uncle Marc is hilarious nonsense woven into sharp stories that have you doubled up with laughter. The quirkiness of everyday life is highlighted and exaggerated and afterwards you can’t remember what he was joking about, but your cheeks are aching anyway as he adds to your own laughter lines.

Lottering has turned growing old disgracefully into a show of its own, but it’s only in the later part of his performance that the ageism part kicks in. If he was really old it would hobble in, of course, but at 54 he still has the exuberance and energy that always make his shows a delightful combination of verbal and physical humour.

He jokes about three triggering incidents that made him realise his age and the medicine cabinets full of all the things he takes to keep him healthy. There’s a lovely line about his decision to get vaccinated against Covid too, when he says that after all the kak he’s put into his body over the years, why stop now.

He also jokes about the ridiculous rules surrounding Covid, and does a hilarious impression of the aisle-shaking stomp of a disgruntled air hostess on his flight up here.

The theatre at Montecasino was well-stocked with ‘his people’ on the evening I went – the Cape Coloureds who have moved to Johannesburg, which created a lovely vibe as he brought them news from home.

Lottering also reveals a little more of his personal life in this production, emphasising not only his Cape Coloured roots but also his gayness and referring more frequently to his lifelong partner Anwar. Perhaps that’s a sign of maturity too, the ‘take me as I am’ attitude that comes with age. Also known as the f*** you factor that we older people do so well. It’s liberating, Marc, embrace it!