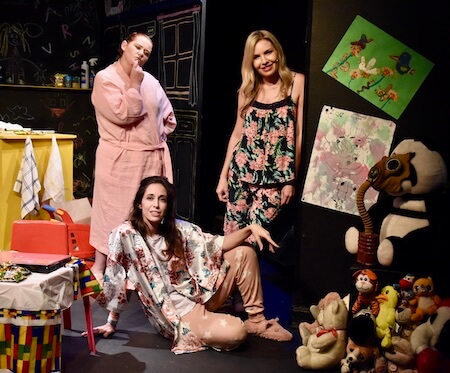 It feels like an easy win for a theatre to mark its reopening after Covid with a humorous play about surviving Covid.

We all went through it, and we all need a laugh, so there will be something in it that everyone can relate to. As a test of how enthusiastic audiences are to return to the theatre, it was a far safer choice than anything deep, meaningful and demanding.

So I went with low expectations, just hoping that Locked Upside Down would be light, fluffy and, hopefully, fun. Which it is. Thankfully it’s also a little more than that, with this musical revue of songs, stories and sanitiser having more depth that you might initially imagine.

Sandton’s Theatre on the Square has been able to reopen because its founder and owner Daphne Kuhn ran a crowdfunding campaign, since the theatre has no government grants or corporate sponsorship. Now there are plaques on the walls and on the seats thanking some of the donors, and Kuhn is putting together a varied calendar of events to bring back the patrons. 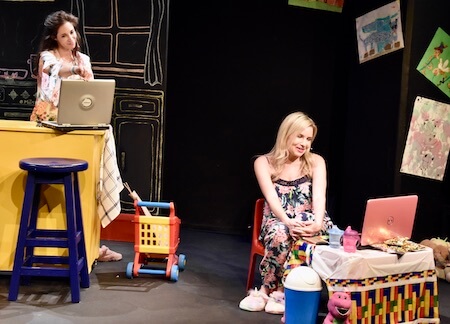 This opening show was conceived by and stars Sharon Spiegel-Wagner and Lorri Strauss, with director Alan Swerdlow contributing to the writing. Musical director Cathrine Hopkins joins them on stage as the pianist as they re-enact the lockdown tribulations as two mothers battling to stay sane while home schooling the kids.

They’re initially kitted out in the de facto casual clothes that became the staple wardrobe, with Hopkins bundled up at the piano in a colourful unicorn onesie while the glamorous Strauss gets a far sexier pink pyjama outfit.

The setting is cheap but effective, with blackboards as the background covered in doodles and designs to show a house and all its clutter. There are toys strewn everywhere and a couple of chairs, counters and tables - pretty much all we ever saw in the hard lockdown days. 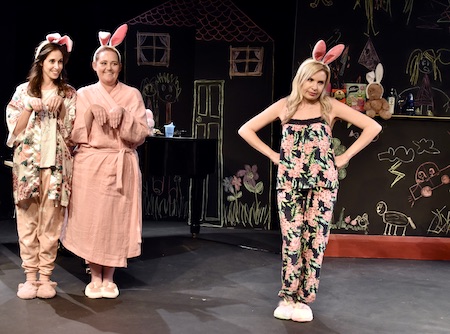 Since it’s very much a show revolving around motherhood, my friend, a mother of three, was laughing more than me and relating to the quips about kids and the desperate lobbing around of snacks and screen time to keep them happy.

Strauss has the most fizz and pizazz as she sings and acts out stories of secret shopping missions and parenting fails, but it’s the quieter Spiegel-Wagner who gives the production its deeper strength. She feels the more real of the two characters, with a lovely voice and a more natural way of relating her stories that feels like a friendly chat rather than a performance.

She delivers an ‘After Life’ style monologue with instructions to her husband of how to survive and run the home if she dies. It’s funny, but also reminds you that among all the inconvenience of having our normal lives curtailed and the frustrations of silly rules and regulations, Covid was, or is, a very serious thing that took loved ones away.

The revue then cleverly morphs into a sombre mode for a few minutes as calls from grieving friends come in and the women send their sympathies out. It’s an important break from the banter, because only laughing at the pandemic would perhaps be too disrespectful of those it wounded.

What adds another nice touch is that the ladies happily take the mickey of themselves too, especially when the show picks up the pace again at the end for a glittering finale.

Locked Upside Down runs at Sandton’s Theatre on the Square on Wednesdays to Sundays until February 26. Tickets from Computicket or on 011 883-8606. Photos by Philip Kuhn.