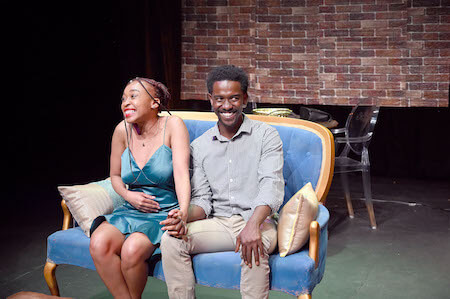 Corruption has become such a pandemic in our society that eventually it reaches out to touch everybody.

Whether you push it away or embrace it is a moral choice for some and a no-brainer for others. That’s the option facing two of the characters in A Better Life, a new play by Mpumelelo Paul Grootboom.

Its core themes are very relevant and worthy: that it’s a stretch for the poor to turn down a deal that could lift them out of poverty; that standing up for your principles is ultimately worth more; and that the wealthy but ill-gotten lifestyle doesn’t buy you happiness.

It plays out on the clever stage set of a room that serves as both the rented kitchen of one couple and the opulent home of another. We had plenty of time to absorb the scenery because Johannesburg’s Market Theatre has slipped back into its unprofessional habit of starting every show at least 15 minutes late, which is particularly vexing when you’re waiting for a play that will run for more than two hours without a break. 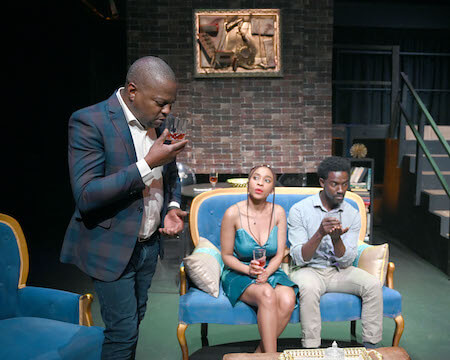 The story revolves around Tiro, (Thabo Malema) a good-hearted but unambitious driver who discovers that his company has been used by a tenderpreneur boss to win lucrative but dodgy government deals. Tiro finds his mettle through his girlfriend Naledi, played by Didintle Khunou, who makes her character both frothy and fierce. In her shiny, tacky dress she’s the kind of woman you underestimate at your peril.

Saint Seseli as the boss makes him very much a nouveau riche man of today, with his entitled attitude and shag-around ambitions. He’s well matched by Lele Ledwaba as conniving Connie, his nice-on-the-surface wife.

Setting up the characters for a confrontation as the young couple demand a cut of the spoils takes some doing, with the first scene being over-long and over-preachy. Grootboom wants to get so many thoughts and messages across that there are moments when it borders on being lecturing and bombastic. Often the conversation doesn’t ring true either, because we’re hearing the words of an intelligent playwright who’s trying to make a point through the mouths of a couple arguing over breakfast in the kitchen. 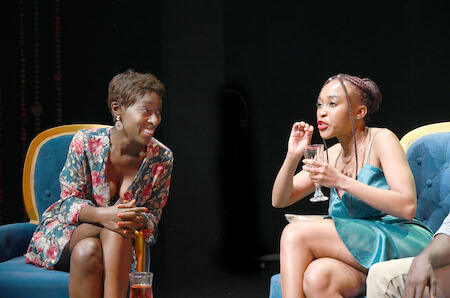 The pace picks up after the first scene but a good edit could easily cut out about 45 minutes to leave it tighter and more focused. It’s directed by the 2019 Standard Bank Gold Ovation winner Joseph Komani, but since he’s working under the mentorship of Grootboom himself perhaps he’s treated the over-long script with too much deference.

Right now it’s so wordy that it’s an admirable feat for the actors to have memorised it all. At least when the confrontation flares we reach some highly watchable moments, with each character getting a fair share of the limelight.

Tiro belatedly chooses to turn down the cash because he’s principled despite his poverty, and doesn’t want to side with a man who got rich by stealing from Tiro’s peers.

One point that A Better Life makes well is that Tiro isn’t brave enough to blow the whistle – and with South Africa’s appalling track record of throwing whistleblowers to the wolves, who can blame him. A man who relies on his corrupt boss for enough money to buy food and pay the rent isn’t in much of a position to report him, lose his job and protect himself against the might of the corrupt and powerful. That’s something I hadn’t thought of before, but imagine how much cleaning up could happen if South Africa had an official protection system for the thousands of ordinary workers who see corruption happening but are in no position to report it.

A Better Life runs at the Market Theatre until December 19. Tickets at the Box Office or Webticket. Photos: Suzy Bernstein.