A meal, a bottle of wine and an encore, please 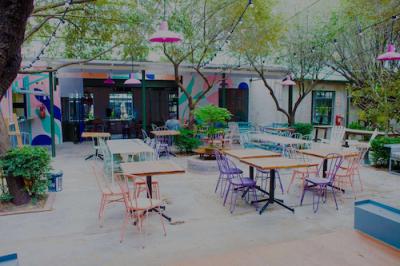 Running a restaurant is always a risky financial proposition, with high overheads and fickle diners forcing them out of business with alarming regularity

Add a global pandemic that halves the seating capacity and keeps the timid away, and the odds are enormously against you.

Yet the Peachy Bar in Johannesburg’s 44 Stanley precinct was pumping last Wednesday evening. It was staging its monthly Blu Piano Social Club, when eight singers who are craving to perform again each deliver one song, and audiences starved of live entertainment quickly snap up the Covid-restricted 80 seats.

The vibe was already hot when Donovan Yaards began to sing, and his falsetto voice, chiselled features, sculptured Afro and sexy moves brought the audience to its feet. Everyone ordered another round of drinks, the busy waitresses served more food, and it was a brilliant success. 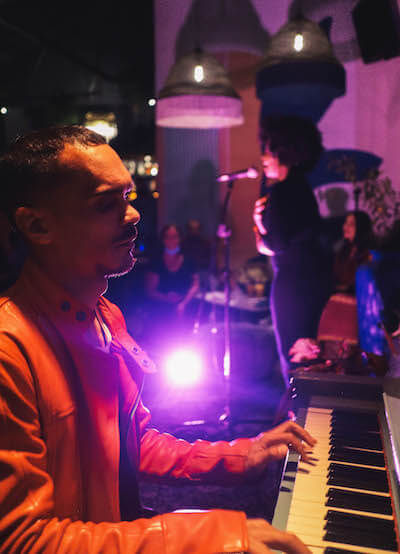 Peachy was born during the Covid lockdown because for all the risks of running a restaurant, it’s a slightly safer prospect than being in showbusiness these days. Its quartet of owners include Kristy Suttner and her brother Matt, with Kristy a singer, actor and entertainment content creator.

While she won't talk figures, she says it’s been an interesting process of trying to make it happen by pooling their resources. “This was a Covid project as a result of being in the theatre and entertainment industry which took a lot of strain last year, so we needed to diversify our income.” It may have been crazy, she admits, especially since it first opened last December and had to close again within a month when the alcohol ban was reinstated.

When it reopened in January trade was very slow, with people still afraid to go out and the economic knock hitting everybody’s pockets. “But in the last two months we’ve really started seeing the Peachy we envisioned. People are really thirsty for a new experience like this,” Kristy says.

Live events are the key attraction, with DJs playing old school music on Saturday afternoons and live jazz on a Sunday. The Blu Piano evenings generate even more excitement. They’re organised in partnership with Plug In Theatre, a platform run by Megan Rigby and Alyssa Harrison to promote opportunities for performers. 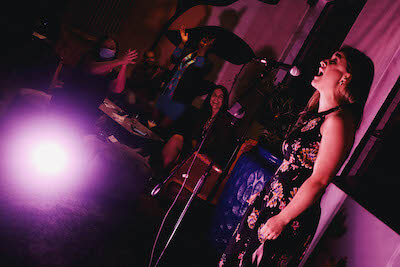 “Their youthful energy and our experience is a winning combination,” Kristy says. “Their contemporaries are all young so that’s why we get the line-ups that we have. We get really experienced people who have done amazing work throughout their careers, and we put them with much younger people so they get to experience each other’s generations.”

The singers are black and white, male and female, old and young, and that’s reflected in the audience. The team has found that charging a cover fee keeps people away, so entry is free even though it’s a show worth paying for. The food and drinks aren’t marked up to boost the profits either, so very little money is being made.

There’s enough to pay the pianist Dale Scheepers, who plays for every act, and Kristy hopes to find a sponsor soon so everyone can be paid. But right now the singers are queuing up to perform because they’re itching to be heard again, because they’re part of the community, and for potential rewards in the future. “We’re here to appreciate each other and support each other’s talents. Networking also happens, and some amazing things have come out of all these people being in the same room again,” Kristy. 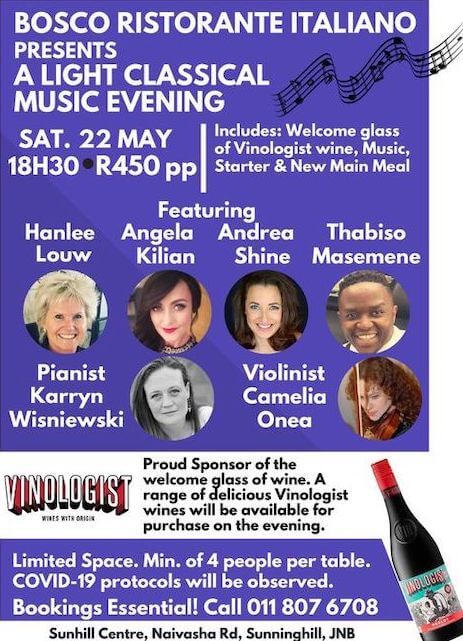 Despite the popularity of Peachy’s live events, few other restaurants have taken the gamble of creating something similar to tempt the crowds. It’s a lot of extra work to find the right singer to match the mood, set up the sound gear and run sound and light checks. It’s far easier if that’s your business anyway, which is why Bosco Italian restaurant in Sunninghill also occasionally presents live music.

Another venue that’s taken the plunge is Eastgate Shopping Mall, where diners in the three restaurants facing its outdoor piazza may suddenly find a live show accompanying their meal. That was triggered by connections made around the Blu Piano, when singer Megan Carelse chatted to other performers then launched her own production company to create new opportunities for them. The shows give singers an audience and boost table bookings and foot traffic at the mall.

“I walked into that open-air Eastgate space and saw a theatre,” Megan says. When she met the managers and saw how much they valued their tenants and how they valued the arts, she knew this was the right venue.

Eastgate Mall sponsors the events, paying the singers well for two 45-minute sets on Fridays and Saturdays. The restaurants, Piatto, Simply Asia and Mozambik, are enjoying direct benefits as customers now book to coincide with their favourite performers. The artists also have their own fans who attend the shows then browse around the mall, increasing the foot traffic. “Last week one of the waiters at Mozambik told me ‘I love what you’re doing – it’s working out for us and I just want to say thank you’,” Megan says. 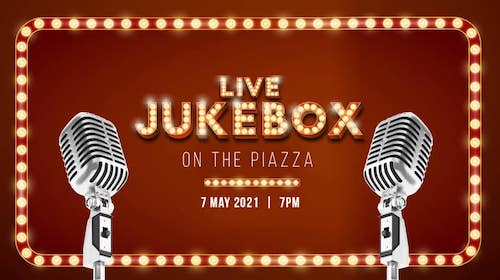 It’s working so well for everyone that two new monthly events have been introduced. Live Jukebox made its debut last Friday as a game show that includes theatre, karaoke and audience interaction. The other new event will see musical theatre performers turn their talents to pop songs. “We all need to adapt now and musical theatre’s not going to work there,” Megan says. “I know what the Eastgate audience wants and it’s pop. They love to party, they love a vibe, so Pop Of Theatre is for performers who have made the transition to pop.”

She’s now looking for other venues to stage similar events, since most shopping centres have open spaces that could be used for live shows. “We are one of the few careers in the world where we actually love what we do, so the whole point is to get people back on stage,” she says. “So many businesses have shut down but are others are developing. I’ve seen the dark, bad, depressing side of Covid and I’ve seen a lot of people really elevating themselves and their businesses. There’s a lot of uncertainly, but that only means that anything is possible.”

Even though running a restaurant is challenging and staging live shows is even riskier, if you’ve got the guts to tackle them simultaneously, there’s a chance to create money-making magic.

Peachy Bar is at 44 Stanley, Johannesburg: http://peachy.co.za/  For Boscos click here: Megan Carelse is on megancmusic@gmail.com.