A Year with Frog and Toad 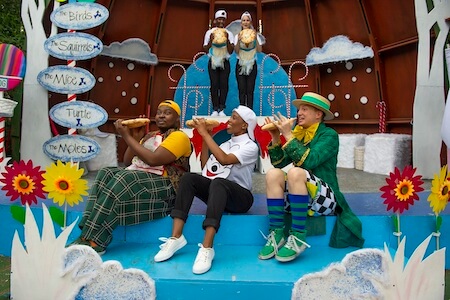 Parents are busy people, with little time to read a long review about a kids’ theatre production. So here’s a quick but hopefully useful take on A Year with Frog And Toad, the latest show presented by the National Children’s Theatre in Johannesburg.

It lasts just under an hour and it’s full of colourful costumes and catchy songs, and it romps along with a light and lively touch. It all happens outdoors so you can plonk down a blanket, bring a picnic and let the kids run around before and after the show.

Once the performance begins it's engaging enough to keep the audience still as they follow the adventures of the characters. Devon Flemmer is charming as a rather dapper Frog and Gamelihle Bovana is loveable as his less confident worrisome friend Toad. Both have lovely voices and give their characters engaging personalities. 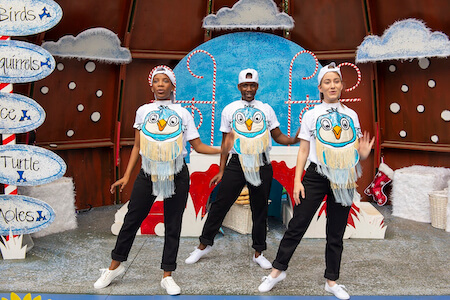 Around them, Robyn Evans, Rene Setlhako and Katlego Nche sing, dance and bounce around as birds, moles, squirrels and other peripheral characters. Nche is particularly delightful as the snail, getting the young audience involved in his misguided attempts to deliver a letter.

The story and lyrics by Willie Reale are based on the books by author and illustrator Arnold Lobel, who was bullied as a boy and lost himself in a world of drawing animals. The storyline here is about how real friends support and take care of each other yet give each other space to be themselves. 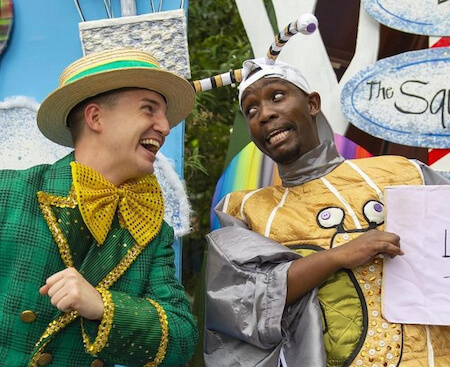 A Year with Frog and Toad was performed in New York in a version that took professional children’s theatre to Broadway and was nominated for several Tony Awards. This production isn’t in that league, but it’s sweet and fun and a scene with the two friends sledding down a snowy hill is fabulously imaginative. The two nippers who kept me company loved it.

A Year with Frog and Toad is directed by Ivor Jones with music by Robert Reale and the set and costumes by Sarah Roberts. It runs until December 19 on Fridays, Saturdays and Sundays. Check Quicket for tickets and times, or email Cindy@nctt.org.za. The National Children’s Theatre is at 3 Junction Avenue, Parktown, Johannesburg