Western Cape gets cheeky to lure the crowds 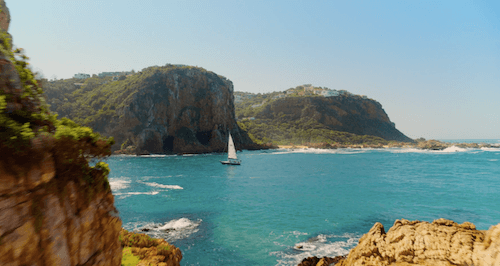 The camera swoops over a glorious blue ocean and dramatic cliffs to a soundtrack of soft, oriental music. The caption reads Experience Bali, before it adds ‘In the Garden Route, Western Cape’.

The scene on screen is actually The Heads at Knysna, in one of six cheeky adverts created to encourage domestic tourism ahead of the Christmas season. Similar adverts show a Tuscan-style villa in the Cape winelands; a Mykonos-style beach resort; a beach that evokes the French Riviera, except for the Cape Coloured ice-cream hawker; a Copenhagen-style cycle ride through the city; and my favourite, a motorbike cruising to rock music that’s not really set on America’s famous Route 66, but the equally stark Karoo. 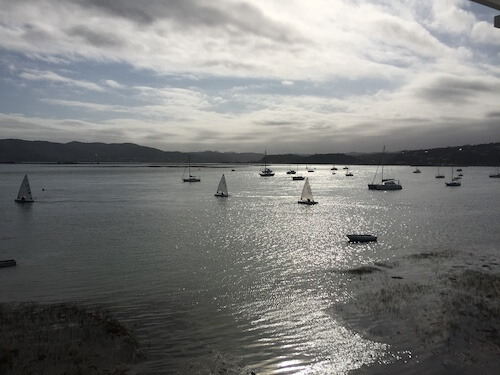 Since you can’t go abroad this year, come to the Cape and experience the world in one country, the adverts imply. It’s a clever campaign to entice Gautengers and Durbanites down south to help rebuild the shattered tourism economy. And it’s bound to work, because where else can we go this year?

The lockdown triggered horrendous jobs losses for the travel trade, and domestic tourism is crucial for its revival because nobody expects any noticeable influx of foreigners until at least next February. With a handful of European countries now shutting down again in a wave of secondary Covid spikes, even that could prove optimistic.

So the Western Cape is touting itself as ‘a whole world in one province,’ with attractions including beach life, flowerscapes, whale watching, vineyards, the Garden Route and its city culture. 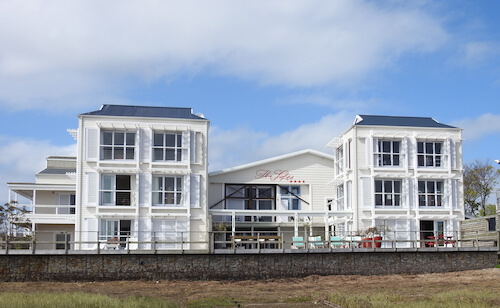 We laughed appreciatively at those exotic adverts, but I recently spent two nights in Knysna and didn’t pick up any Balinese vibe. In fact, when I was kayaking around Thesen Island, I was struck by the dull uniformity of its buildings. Every block of houses looks identical, with muted grey facades punctuated by windows staring over the canals that cut through this enclave jutting into Knysna Lagoon. A memory flashed up from the old movie The Stepford Wives, where all the housewives are robots, created for an artificially pleasant world.

After paddling past more bland duplexes in the residential quarter, I was happy to dock on the little beach outside the Lofts Hotel, where individuality abounds. This 4-star boutique hotel has 18 rooms, including suites with panoramic views over the lagoon. Down in the airy foyer is a restaurant and an art gallery, and there’s also a spa attached where I enjoyed an excellent massage. 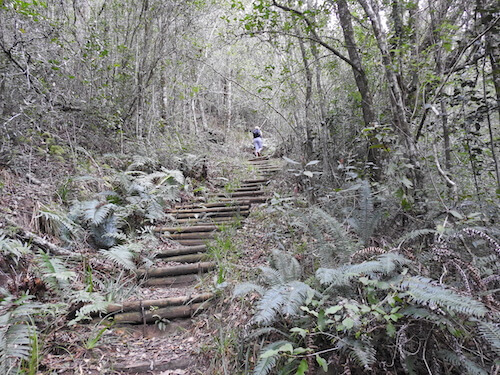 You can borrow bikes as well as kayaks from The Lofts, or just stroll over the causeway to Knysna proper for its shops, restaurants and craft beer brewery. One morning we took a hike through Knysna forest, and there’s also a new zipline in the vicinity as well as stand-up paddling, whale watching, sailing, fishing and sunset cruises.

The Lofts is part of Cape Country Routes, a collective of individual hotels and activity companies that are joining the push for domestic tourism by creating some special tour packages off the beaten track. They include a backroads cycling tour, and a Big 5 and Shy 5 tour, where you see the Big Five in Addo Elephant Park then the Shy Five - aardvark, bat-eared fox, aardwolf, Cape fox and black-footed cat- in Langkloof Valley.

Cape Town is an expensive destination, however, and the average South African is currently more cash-strapped than ever. So special offers are crucial. Wesgro, the region’s tourism, trade and investment promotion agency, has persuaded at least 50 accommodation options to run ‘kids stay for free’ offers for up to two kids per parent. 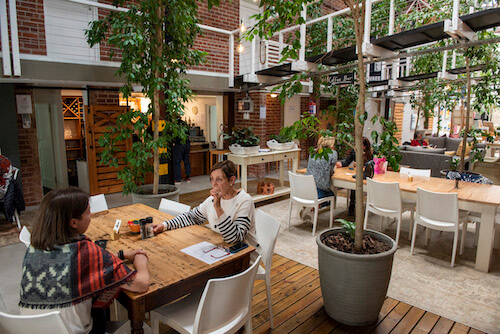 As a singleton, those family-friendly deals don’t interest me, so what else does a place like Knysna have to offer, I asked Inge Dykman, Wesgro’s head of tourism and trade. Firstly, it’s a shorter drive from Joburg than Cape Town, which will appeal to the road trippers, she said. The Garden Route as a whole is a great adventure centre, and will be less crowded than Cape Town itself if the city draws the numbers it’s hoping for over Christmas.

That’s certainly not impossible. In 2019 the province was already seeing a 60:40 split between domestic and international tourists. So if the Cape can lure all the South Africans who would normally spend Christmas abroad, it could be as full as ever over the holiday season.

Then there’s the frustration factor. The lockdown fueled such an appetite to travel that planes were packed to capacity the moment they had lift off.

“When President Ramaphosa announced that domestic travel was open again, Travelstart and other websites saw 750 flights booked from Joburg to Cape Town within the first half hour,” Dykman said.

With a little bit of cheek and a lot of special discounts, it could be a white-hot Christmas for the Cape this year.