Time and Chance by Lazarus Zim 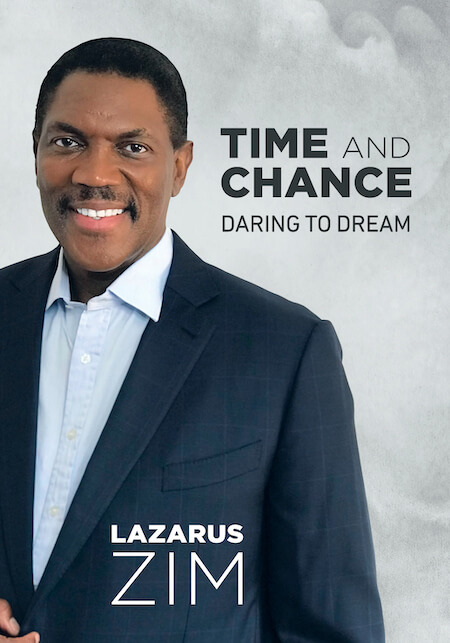 Lazarus Zim has been a prominent businessman for decades, so a book promising to reveal how he succeeded and disclosing political intrigue behind the scenes sounded tempting.

By page four I almost gave up, flummoxed by a tedious litany documenting his family history. But I ploughed on, wishing he had skipped the long sections about his childhood, and sure it would be worth the effort eventually. In the end I made a game of it, challenging myself to read just 10 pages or so every day in an attempt to cultivate stoic fortitude.

Yet nobody should have to wade through such laborious 460 pages, because a book that hits the shelves of reputable shops should have gone through a credible editing process. This one clearly didn’t, since it reads like the first draft of an autobiography where nobody was brave enough to stand up to the author and demand some serious editing.

There’s a good story buried deep in here somewhere, but in its current form you’re deterred by the repetition, with endless instances where two or three sentences could easily be condensed into one for greater impact. Despite having written business columns for The Sowetan, Zim is not a good writer, and never hesitates to use eight adjectives where two would do. Time and Chance is also riddled with name dropping, and the name-checking of almost everyone he ever encountered, did business with or brushed shoulders with.

Zim has had an illustrious career, travelled the world and benefitted handsomely through positions with companies including MTN, Anglo American and Telkom, so it’s not surprising that the tone is often self-congratulatory. Then it lapses into self-pitying victimhood when he writes about how his actions caused friction with colleagues, politicians or the media.

The most interesting parts during the first 100 pages are about survival tactics in the townships against bullying, demands for protection money and the risk of being attacked for looking at someone the wrong way. His stories show how cheap life was seen to be, with an attempt by his former friends to stab him for some supposed slight.

Zim was saved from that by winning a scholarship from Anglo American to attend Fort Hare University. In the sections about university he writes about the chaos caused by political protests like a food strike, which demonstrates how intimidation by a few can make the poor masses suffer.

About 160 pages in it becomes more interesting when he joins M-Net and begins his journey into big-name businesses. Next come some funny anecdotes from his time as MD of MTN Africa and his trips to various countries. Later, when he was appointed as the deputy CEO of Anglo American South Africa, he records how not everyone reacted well to this ‘black guy being parachuted in at the top’.

Sometimes he writes about facts and keeps his emotions out of it. Then he switches to woe-is-me mode as he bemoans how political interference and personal grudges played against him. Sadly, he never takes the chance to admit to any failings of his own.

Finally we get more meat on these gristly bones of an autobiography when Zim writes about some of the black empowerment deals he was involved in putting together, although he resented the media understandably criticising the inclusion of ‘the usual suspects’ in these lucrative deals. Those deals taught him much about human nature, he says. “Some people find it easy to struggle together, but not to succeed together. When a financial breakthrough is on the horizon, greed, egos, divisions, betrayals, and intrigues suddenly come into play.”

The book is at its most relevant when Zim covers his relationship with the Guptas, as a friend of Ajay and an investor in one of his companies. “His network and influence were far-reaching even back then, and many in high places seemed eager to do his bidding. For numerous problems or situations, Ajay had the right politician, bureaucrat, law enforcement officer, ambassador, CEO, banker, journalist, editor, etc. on speed dial,” he writes. Zim later parted ways with the Guptas in a move that triggered political, social and business isolation at the time, but saved him from disgrace years later.

Some important insights come when Zim writes about becoming the chairman of Telkom in 2011 despite Tokyo Sexwale warning him that “our people in government were not ready to respect corporate governance”. Here he records how political meddling in Telkom and other state-owned enterprises crippled their ability to function.

The shenanigans he highlights are appalling, with chaos caused by ministerial interference, political puppetry over the board, and “senseless politics and power struggles.” This is what I had hoped for and expected from this book – a well-known businessman adding his weight to the evidence of how in-fighting, incompetence and crookedness within the ANC has been so broadly destructive.

Yet these are merely brief sections surfacing occasionally in the overall tome. Time and Chance simply contains too much of everything, except for careful curation. All Zim ever did or ever thought seems to be catalogued here, despite him lamenting that he had to leave so much out. Please don’t let that be the hint of a sequel.

Time and Chance by Lazarus Zim is published by Information Giants Publishers at R373.