Streaming killed the DVD store - but not this gutsy one 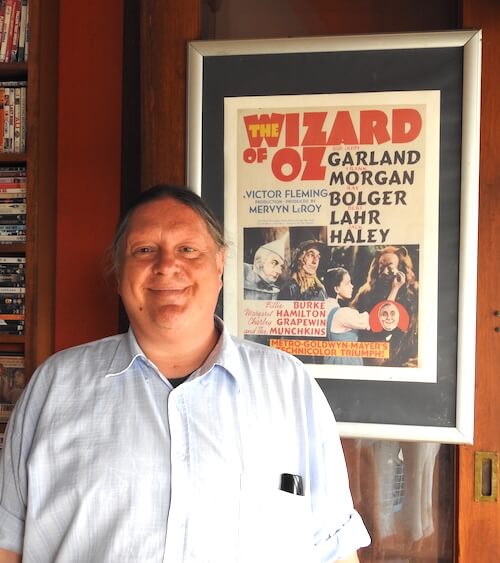 Movie buff Henni Erasmus has seen enough films over the last 50 years to know that not every story has a happy ending.

But all great stories need the hero to overcome some hardship, and Erasmus could certainly audition for that role. He runs one of the last surviving DVD rental shops in the country, knowing his world will inevitably collapse but facing it bravely and defiantly from the magical haven he’s created.

Erasmus is quite a character – a gay Afrikaner with a ponytail and an encyclopaedic knowledge of the movies. His lifelong love of films and razzle-dazzle showbiz began early. “I love musicals and like any gay boy it started with the Wizard of Oz!” he says. “I sat on my grandmother’s lap at the age of five and watched the Wizard of Oz, which is still a very special movie for me.”

When you first walk into The Majestic, his DVD emporium, it’s utterly daunting. There are 14,000 titles on display, including the top 1,000 movies ever made, and sections devoted to British TV series, documentaries, Hitchcock, Nordic Noir, Gay and Lesbian, Afrikaans and any other category a movie or TV series could fall into. “Nobody could come in here and not find something that suits them,” he says.

He’s also got gems like all 26 episodes of The World At War - a documentary narrated by Lawrence Olivier that my parents watched in deferential silence when it first aired on the BBC. It haunted me with the anguished faces in its intro, I tell Erasmus, and he nods in agreement. “It’s the greatest documentary of the war ever made.”

Since a casual browser can find the choice intimidating, Erasmus rightly prides himself on making quick character assessments and recommending things you’ll enjoy. “I’m very good at sussing out people’s tastes and what they’ll like and what their direction will be. I’m a doctor for the soul!” he promises.

I’m not sure what to think when he decides Fleabag, a British dark comedy series, is perfect for me. But at the risk of destroying my reputation, I’ll admit he was spot on. 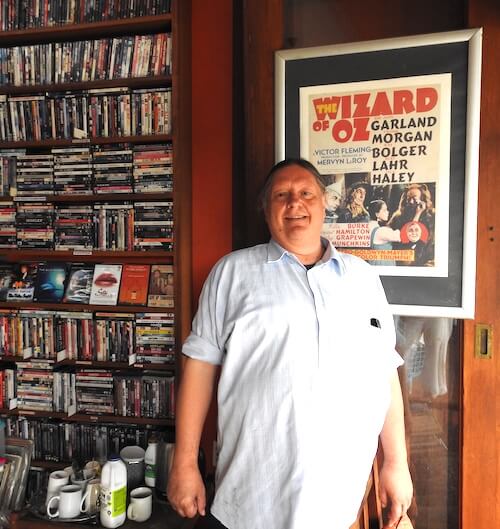 Most movie rental outlets have seen their final credits roll over the years, with another batch closing during the Covid lockdown when everyone adopted online streaming to get their fix without leaving home. Now the dissolution of Musica stores that sold music DVDs is an ominous reminder that fate is against him.

So far, DVDs are still popular in the UK and America, so production houses still release their content on discs, but it won’t last.

“I don’t think the DVD industry has more than a year or two left. But I’d like to think that in two years’ time The Majestic will still be here,” he says. “We’ve never been a ‘Top 20 blockbusters’ place like Mr Video, we’ve always nurtured the art house movie audience. We have a niche market with a collection that comprises the whole history of Hollywood. It’s a film connoisseur’s shop and people come for miles to get things.”

A table and chairs invite you on to the stoep outside, along with a kettle and cups so Erasmus can make you a cuppa if you look the type to linger. Sometimes there’s quite a crowd, with other traders dropping in, including the owner of the nearby tattoo parlour. Neighbours pop in too, some perhaps still grateful that this family-friendly DVD shop took over from a sex shop that many residents had opposed.

He tells some lovely anecdotes about his customers, including one old man who was in a cinema during the Second World War when air raid sirens started wailing. Everyone evacuated to a bomb shelter and he never saw the end of the film. Decades later he described it to Erasmus, who handed it to him from his shelves - Destry Rides Again with the sizzling Marlene Dietrich. “Those are the kind of stories that I love,” he says. “I like arty and eccentric people and they’re drawn to this place.”

While he imports most of the stock, he’s also approached by people winding up deceased estates, or throwing out their collections in favour of streaming. He also frequents charity shops to seek out titles he doesn’t already own. 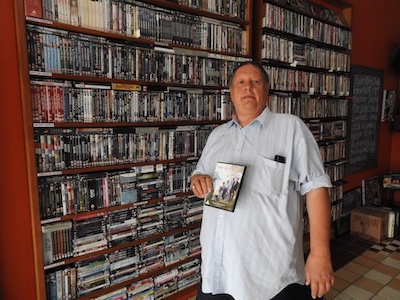 he Majestic also has a buffing machine that removes the scratches from damaged discs, so customers can take in any that jump or stick. “It’s been the life-saver of the shop, especially for kids’ movies because imagine what kids’ movies go through,” he says.

He was only a kid himself when he first took a Saturday job in a rental shop to earn pocket money and to watch as many movies as he could. “Especially those with an age restriction, because they were quite strict about that at the cinemas,” he laughs.

Later he took a job in a video store run by Stanley Peskin, a Professor of English Literature at Wits University. Rapidly changing technology has always made it a precarious profession, and when DVDs began to muscle out videos, the massive reinvestment needed to keep current threatened bankruptcy.

“Slowly but surely it was going down because Stanley didn’t have the capital to replace everything,” Erasmus remembers. Fortunately his friend Niel Schoeman loves art, and offered to buy out the business if Erasmus believed he could rescue it. “All we did for the first six months was put whatever money we made back into buying more stock and slowly it got going again,” he says.

He likens it to a scene from The Majestic, a movie starring Jim Carrey as a soldier believed to have died in the war, whose return gives his father the heart to revive the town’s neglected cinema. “When he reappears suddenly everything goes well again, which was why we changed the name to The Majestic,” he says.

As he mentions other movies I’ve never heard of, I tell him I’m beginning to realise how little I know. “That’s what we’re here for,” he beams.

“And it’s all about personal service,” he adds. “If someone isn’t feeling well or they’ve gone through a tragedy, how easy is it just to phone them and offer them condolences or chat to them when they next come in? It’s more than just a DVD shop, it’s a community experience.” 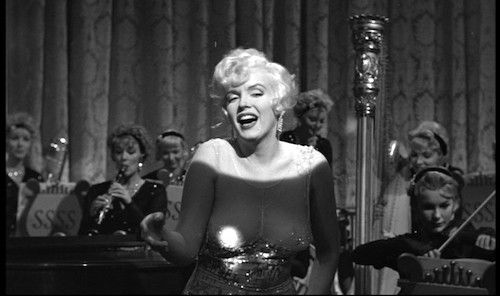 1: Some Like It Hot with Marylin Monroe. It’s my number one favourite movie – it’s so old yet still as funny as the day it was made.

3: West Side Story. This for me is sacred ground, so I’m dreading the new one - I hate remakes. They take perfectly great films and stuff them up by making them again. If you’re going to remake something, remake the stinkers. Why remake the greats that you can’t do better?

4: City Lights, a Charlie Chaplin classic. You must watch it.

5: Avalon by Barry Levenson, who made Rainman as well.

7: Radio Days by Woody Allen, about his childhood memories.

9: Come See The Paradise by Alan Parker, my favourite director of all time. Another one you’ve got to see.

10: The Sound of Music. A film that always makes me feel good, no matter how down in the dumps I feel.

First published in the Daily Maverick 168