Spotting leopards in the trees for less 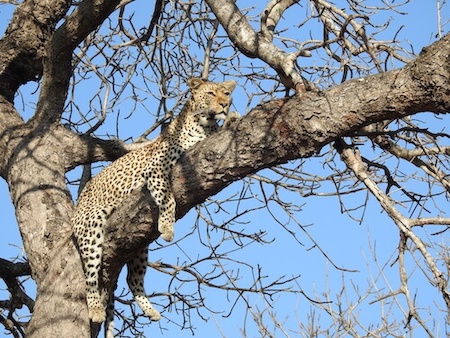 Conversations around the campfire at Simbambili Game Lodge are different these days.

Excited guests still talk about how many lions or leopard they saw, or how close they came to elephants. The surprise comes when they swap stories about how many times they’ve returned to this lodge in the Sabi Sand reserve. Three times for one couple, four for another.

The voices are different too, with the previous European or American accents replaced by the twangs of Alberton, Sandton, or Middelburg. Not because South Africans have discovered a new passion for the bush, but because prices have tumbled to finally make luxury lodges an achievable aspiration. The pre-Covid rate of R14,050 per person per night sharing was laughable for most, but the current R4,999 is bringing them in.

Simbambili’s manager Mike Cowden is cheerfully pragmatic about the price plunge. “We are losing money, but now we’re only losing thousands of rands, not millions,” he says. “Abuse us and us now while you can because this rate is something we can’t guarantee for the future, although we will try our best. Even at 70% occupancy we’re not covering the costs. But there were 40 to 50 staff members who had no income so the whole objective was to keep our staff alive and drawing salaries.” 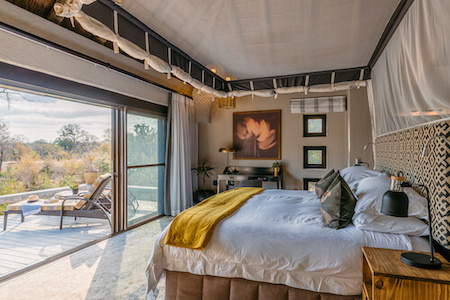 What you get for your money is spectacular. The lodge has chic open-plan lounges and a large deck where you dine looking out at a waterhole. A herd of elephants come to drink and take mud baths, then melt away as silently as they came. The food is top-notch, with three meals a day and high tea if you can squeeze it in. Each of the nine suites has a deck with a day bed and a plunge pool, and wi-fi if you really have to work. There’s a gym, a conference room and a spa by the riverbank, where R1,000 buys an hour-long massage. At either end of the camp are the even more exclusive honeymoon suite and waterhole view suite, both with larger decks and separate lounges.

The road to the Sabi Sand is a tyre-challenging mess of more potholes than tar, but it improves once you enter the reserve itself. Apparently it’s never been much of a problem before, because the previous cliental was rich enough to arrive by plane. You see what high-flying footsteps we’re following, darhlinks?!

The game viewing is even more impressive than the lodge. The guides will tell you that Sabi Sand has the densest leopard population in the world. Or perhaps they’re just more adept at finding them, with teamwork to constantly share information about the sightings. It’s one of the oldest reserves in the country too, so the animals grow up seeing game viewing vehicles and often completely ignore them, even when you drive up close. 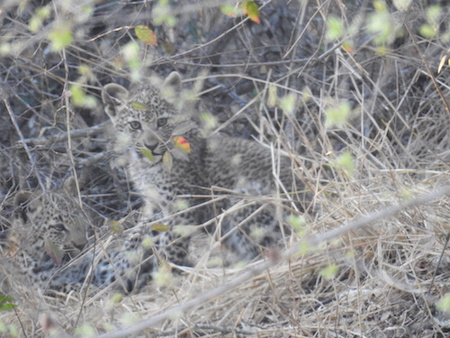 One night our guide, Justin van Breda, made the seemingly rash promise that we’d spot leopard cubs in the morning. He was right. A mother was being so carefully monitored that we could park in a dry riverbed while Van Breda pointed out two adorable balls of fluff playing behind the bushes. We saw them again in the evening, high up a tree with their mother.

That night we also watched a magnificent male leopard sniffing the grass to check for females or rivals, then rolling in some dung to disguise his own smell ready for a hunt. There was the iconic ‘leopard in a tree’ moment too, with a female guarding her kudu kill high in the marula branches. 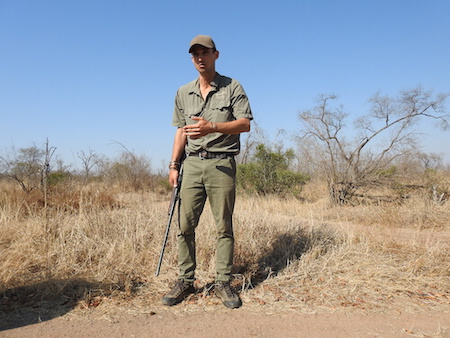 Because Sabi Sand is so geared up for Big Five-seeking foreigners it can feel a little rushed as you tick off sightings. To slow things down one morning Justin led us back to the lodge on foot, stopping to examine the leaves, pore over tracks in the sandy roads, and keep a respectful distance from six elephant decimating a tree. The wind carried our scent to them so they watched us watching them, and this slow way of admiring nature felt perfect.

Another day we saw a puddle of eight lions all lounging about on top of each other and jostling for the shady spot. Then we rushed off to follow a magnificent male lion before it crossed into another reserve where the Simbambili vehicles don’t have traversing rights. Once he was beyond our reach he let rip with a series of mighty roars. Possibly letting other males or willing females know that he was in their 'hood, or perhaps just letting out some pent up frustration from constantly being stared at.

He’d better watch out though. Making no noise at all were two young pale male lions that Justin found later. They’ve started encroaching into the territory, silently checking out the competition before they stage a coup. That will be another sight worth seeing. 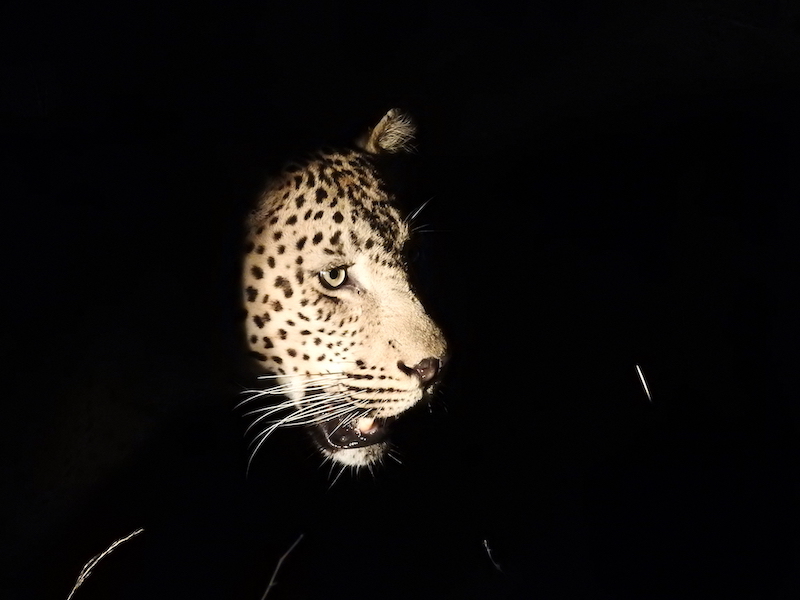