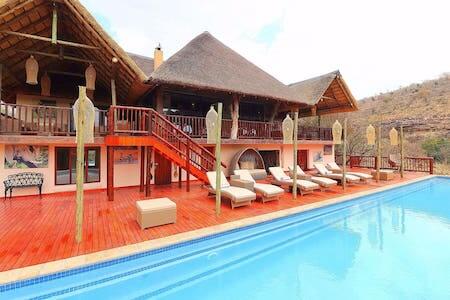 When our guide Malvin Ncube met us at the gate to Welgevonden Game Reserve and told us we were his first paying customers, I felt strangely humbled.

Opening a game lodge takes an extraordinary amount of time, money and effort, and doing that during the Covid lockdown made the whole enterprise even more risky. Imagine the anxiety of watching the computer every day, hoping and praying that someone, somewhere, will make a booking.

The relief on the faces of the staff when Malvin delivered us to the luxurious Shibula Solar Safari Lodge was palpable. Lots of waves and huge smiles, then singing and dancing and fist bumps as everyone introduced themselves and gave us drinks, took our bags and showed us around. They were as delighted to see us as we were to be there. 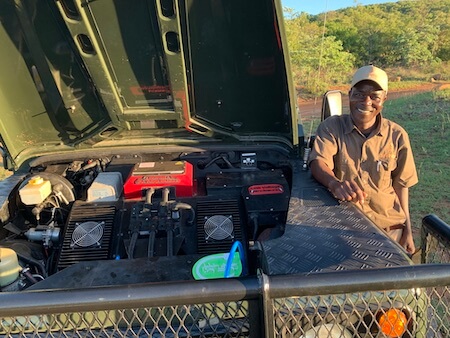 Shibula has existed for years, but a new owner bought it just before Covid and gave it a complete overhaul based on an eco-friendly conversion to run it entirely off the grid.

That included converting a Land Rover to run on an electric engine at a cost of R1,8-million, and since there isn’t actually a solar panel on its canvas roof, it plugs into a battery bank at night.

Welgevonden is a Big Five reserve about three hours north of Johannesburg, and it boasts plenty of game. The most amazing thing was how quietly we could drive up to the wildlife in near silence. This is one of the first electric safari vehicles in the world, and it’s causing a real stir with every other guide in the reserve stopping to comment on it. 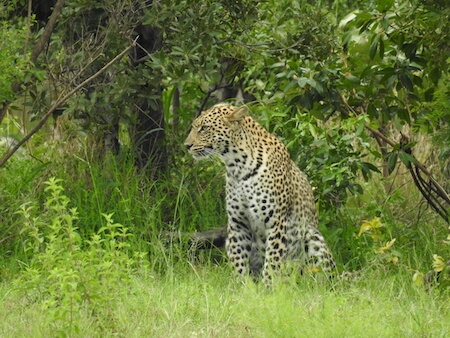 One dubbed it ‘the Ninja of the Bush’ while another said it sounded like a golf cart! They were both right, but you get used to its near-silence so quickly that the gruff rumble of every other vehicle now sounds like a intrusion. The animals are curious too, with one elephant drawing closer to investigate the mysterious vehicle with its trunk.

The lodge itself is powered by 96 solar panels and a shed full of batteries to store their energy. There’s an Eskom supply if necessary and a generator for back-up, which might be necessary if every guest wants to run air conditioning all night and drains the battery bank. Each of the seven chalets also has its own mini solar system to supply hot water. 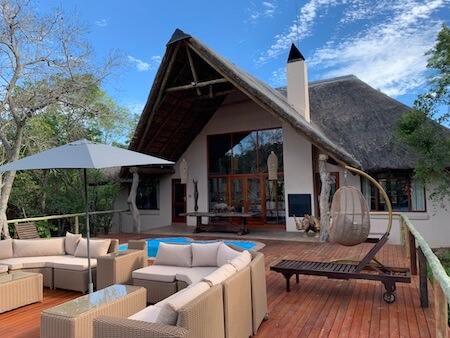 Since we were the first official guests and had the lodge to ourselves, Candice the manager upgraded us to the owner’s suite. That’s a beautiful place with two ensuite bedrooms, a large open-plan lounge, dining room and kitchen, and a huge deck with a plunge pool and enough sofas for you and your 10 best friends. The main lodge also has inviting lounges and bar areas, a boma for outdoor dining, and my very favourite – a glorious 20m long swimming pool where the elephant occasionally drop by for a drink.

The food conjured up by Sophie the chef is excellent, and the desserts are particularly delicious if you still have space after the first two courses. Although the price includes two game drives every day, I skipped a couple of the early morning starts so I could wake up slowly and revel in the luxury of being in such lovely surroundings. But I was there for every late afternoon drive, refreshed after a lazy day and a swim and ready to spot the elephant, rhino and lion that Malvin was about to find.

Perhaps the greatest compliment to Shibula was the realisation that three days just wasn’t enough, and we treated ourselves to another night to enjoy more of its magic.

For details and prices see www.shibula.co.za 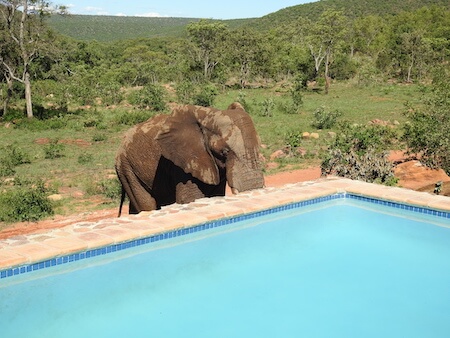