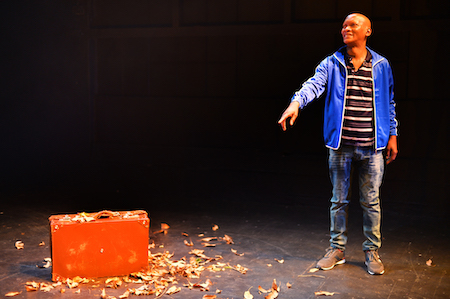 Actor Warren Masemola is such a powerful performer that it’s a pleasure to watch him even when he’s breaking your heart.

He does that a lot in Nine Lives, a play about a gay Zimbabwean refugee called Ishmael who’s seeking asylum in England.

The one-man play has him acting nine characters around the slum of a flat that he shares with another asylum seeker. As one of South Africa’s finest actors Masemola pulls you into the story so much that you want to petition the Home Affairs Department to demand that they let Ishmael stay.

It’s written by Zimbabwean-born poet Zodwa Nyoni who grew up in Leeds when her father won a scholarship to study there. Masemola’s attempt at a Leeds accent is hopeless, but I only know that because I grew up there myself. Other audience members will just assume that people talk funny in this inhospitable city. 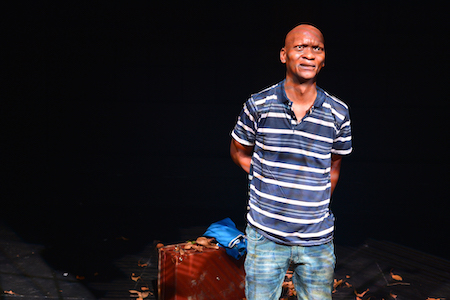 The story, however, is far from funny, exposing the appalling treatment meted out to asylum seekers, with the uncertainty, the indignities and the poverty, while the hostile locals accuse them of sponging off the system and ruining the country. People look past you or look through you, he says, and those who do look at you only see the labels – like gay, immigrant, foreigner and all the more savage epithets we’ve invented to hurt each other.

The plot sees Ishmael’s initial attempts to fit in and feel at home quickly eroded by the hostility of everyone from the vicious neighbourhood dog and its thuggish owner, to his slumlord and the officials dealing with his case. Then there are the small but constant crushing daily indignities of not having a food card that works or bus fare to get to official appointments. 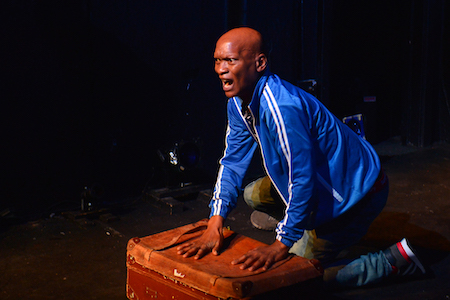 They teach the immigration officials not to be human, Nyoni writes, and break your spirit so you give up before they tell you to go. Her script addresses the brutal realities of statelessness, xenophobia and homophobia not by hectoring but through Masemola’s mesmerising performance. When he cries, your own eyes glisten too. It’s not all gloomy despair though, with some lighter moments when he gets to show his versatility.

It's tightly directed by Diamond Mokoape and the props are minimal, with a bare stage and a suitcase, but you don’t need more. Soft background music adds atmosphere and the excellent lighting by Josias Mokoape plays on Masemola’s distraught features to great effect.

It lasts for less than an hour and feels like a work that ought to be expanded. To end where it does feels cruel, leaving us needing to know what will happen to this man we’ve come to care about.

Nine Lives runs at the Market Theatre until December 12. Tickets from Webtickets:  Photos by Lungelo Mbulwana