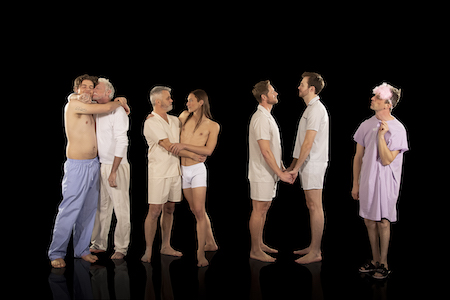 Watching a play about the lives of eight gay men as the Aids epidemic ravages their community ought to be an emotional event. Especially since Love! Valour! Compassion! won a Tony Award as the best play of 1995 for its author Terrence McNally.

But as I ducked and dodged to see the action from my seat in the gods at the Market Theatre, I felt sadly detached, looking down on a show that needs you to be looking right into it and be drawn into its story.

Moving to side seats during the interval didn’t help. That’s partly because the stage set is a simple collection of large blocks that the cast shifts around, in a design that’s supposed to encourage the audience to create the scenery in their own mind. They’re called blocks for a reason, however, since they often obscure the view. That’s not a clever stage design, particularly in these days when social distancing has already eliminated half the good seats. 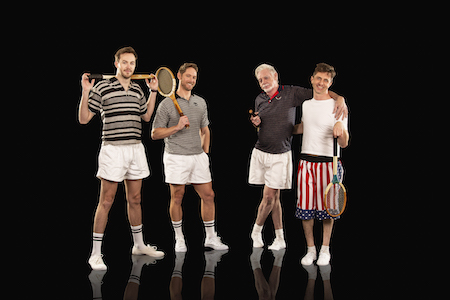 Then as I observed the action rather than got caught up in it, I detected the underlying problem. This felt like watching actors act, rather than inhabiting and investing in their characters completely. More than that, each actor seemed to be playing their part in isolation, delivering their lines to each other or giving a commentary to the audience as little islands rather than as a cast coming together in unity.
There’s no palpable sense of love between the lovers and no chemistry between the group of friends as a whole. The result is a play that’s wordy where it should be intense, and lacklustre where it should sparkle.

Several other niggles amplify that core fault. In one scene the noise of traffic dulls the words and later the music muffled some of the concluding moments. Then there’s the accents, with McNally setting the events at a mansion outside New York. As the British character James, played by James van Helsdingin, says: “I seldom know what any Americans are talking about.” That applied perfectly to the over-fast delivery that leaves South African ears struggling to catch all the words. 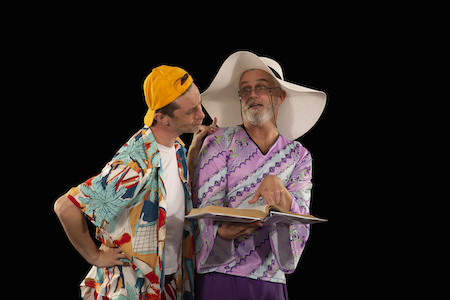 There are a few laughs as we follow the story of Gregory, played thoughtfully by Glenn Swart, an ageing choreographer trying to complete a major work and gradually persuading the friends congregating at his house to take part in a snippet from the ballet Swan Lake.

There’s plenty of male nudity, particularly from Boris Petrenko as Ramon, a Latino lover and rising dance star. But again, the scenes where Ramon preens in isolation serve to highlight the disconnection between the characters. Buzz is more of a caricature than a character, played as an overly theatrical queen. Schoeman Smit seizes the role with glee and gets the most amusing lines, although he’s made too dramatic to give his quieter moments sufficient poignancy. 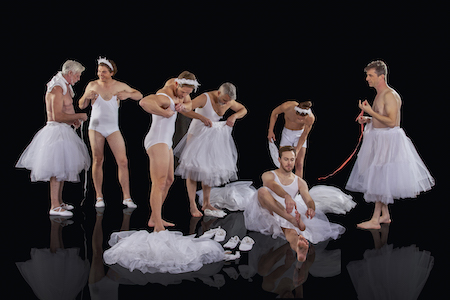 In theory, Love! Valour! Compassion! should be a funny, acerbic and profound journey as the men laugh, love, insult and annoy each other and debate the vagaries of life while two of their number grow ever sicker. Some express their guilt and confusion over why Aids has left some of them untouched while others die, and put it down to sheer luck. These should be heart-tugging moments, although as your mind wanders you may find yourself wondering similar thoughts about Covid.

The play directed by Gregg Pettigrew and produced by Lefra Productions was originally intended as a 25th anniversary revival. Covid halted that, and its author McNally was one of the first casualties of the pandemic in March 2020. What was to be an anniversary celebration has become a tribute, but with so much effort involved from so many people, it’s a huge shame that the result doesn’t do the idea justice.

Love! Valour! Compassion! runs at the Market Theatre until December 12 then moves to Artscape in Cape Town in February 2022. Tickets from www.LTickets.co.za.  Photos: Rina Gertzen.