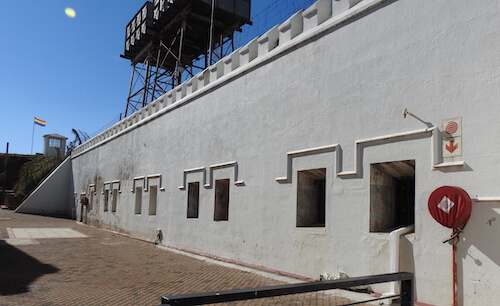 Beneath the ramparts of the Old Fort at Constitution Hill are gunpowder chambers and barrack rooms, arched roofs and mysterious tunnels. Outside is a courtyard surrounded by jail cells, with barbed wire stretched across the sky.
You expect to encounter ghosts in this ancient, atmospheric site, but you’re more likely to encounter rock musicians and rappers now, drawn by the unlikely addition of a world-class recording studio.

Flame Studios has opened in Johannesburg’s most historic building, financed by the entrepreneurs behind Nando’s, Robbie Brozin and the Enthoven family.

The name Flame is nothing to do with roasted chickens, however. It’s named for the Flame of Democracy that burns at Constitution Hill, where things are beginning to heat up as the businessmen drive a new vision for its future. 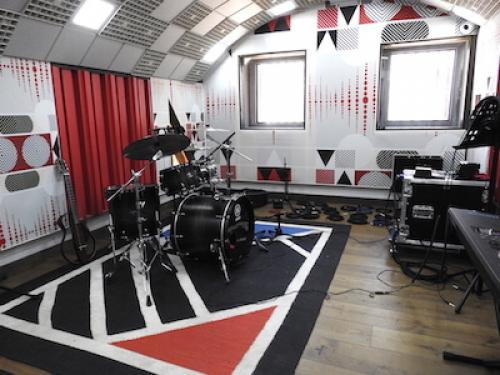 “The crucial part is it’s not a commercial venture,” says studio manager Lance McCormack. “It’s a not-for-profit company and the key mandate is to build a sustainable facility that will provide a platform for people to re-record the history of this space. What was once a place of pain and suffering and imprisonment is being repositioned as a place of creativity and hope.”

To achieve that, the studios will be free to use by the institutes around it, including the National School of the Arts, Wits and Johannesburg Universities, Damelin College and Hillbrow Theatre for Children. Musical instruments are waiting for talented people who can’t afford their own, and aspiring sound engineers will learn and be mentored here.

“You can’t come here and open a commercial recording studio hoping to make a lot of bucks, because that’s not what the site is about. It’s not designed to be a place where people can come and get rich. It’s got a higher purpose,” Lance says. 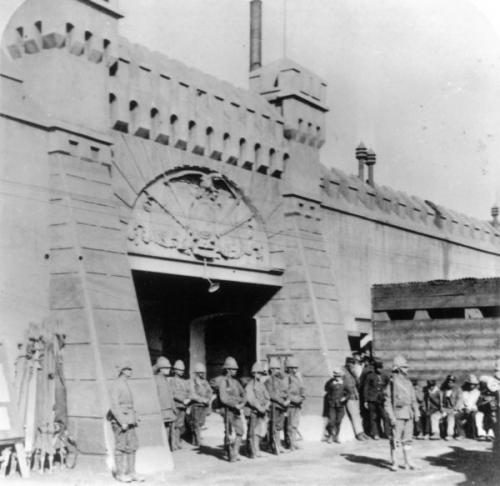 Professional artists can book the studios at a commercial rate to cover the running costs and fund its altruistic developmental programmes.

The combination of world-class facilities, South Africa’s affordability and the unrivalled kudos of recording in a place where Nelson Mandela and Mahatma Gandhi were imprisoned should attract international artists and make it an iconic destination, like Abbey Road Studios in London or Electric Lady in New York, Lance believes. “There’s nothing like this internationally in terms of the historical setting of Constitution Hill and its context,” he says. One American hip-hop artist stuck in South Africa during lockdown recorded some vocals here, so word will soon begin to spread.

The Old Fort was built as a jail in 1893 by President Paul Kruger, then extended into a fort ahead of the Anglo-Boer war. It’s part of a human rights precinct that also houses the Constitutional Court and is run as a museum by Gauteng Provincial Government. But there’s a lot of dead space and a shabby sense of disrepair, or, to give it a positive spin, room for fresh thinking and new possibilities. Since the government doesn’t have the money or entrepreneurial flair to push that, it’s making a concerted effort to work with corporate SA to encourage investment. 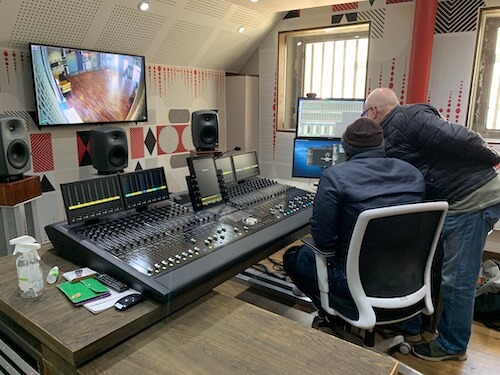 Inviting Robbie Brozin to join the board of the Constitution Hill Trust was an inspired move, bringing his vision and business acumen, plus his willingness to invest to support his ideas.

When he was first shown around by the former Constitutional Court judge Albie Sachs, he saw not only its history but also its potential to create hope for the future. “In my life I’ve never been more moved,” he said. “We’ve started to turn things on their heads slightly.”

As well as funding Flame Studios he’s paying for some rooms to be converted into a small conference centre called Truth to Power, which companies could hire as a neutral site to hold workshops on issues like diversity. Next door, rooms are being converted by Mpho Phalane to open a restaurant and outside catering company called Food I Love You.

Robbie is working with Business Leadership SA and GIBS Business School to encourage their members to hire these facilities or to invest here themselves. Not to make money, but to help the precinct thrive, being mindful of its status as the home of democracy. 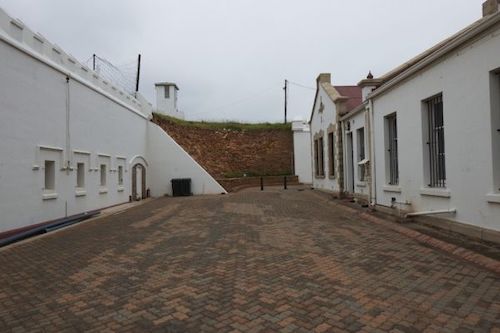 Turning the Old Fort into a recording studio was guided by strict conditions imposed by the National Heritage Council, coupled with the team’s desire to honour its heritage and powerful history as another draw to augment its hi-tech facilities.

Its décor was designed by Tracy Lynch, the creative director of Nando’s design programme, with bold colours offset by areas that expose the original stonework. “The brief was to build a world-class facility that’s really amazing and will attract the right profile of people,” Lance says. “But at the same time we’ve kept the patina and the feel of the old walls, we haven’t tried to make it glossy and shiny. Constitution Hill is almost a sacred site, and you feel that when you work here. You’ve got the Constitutional Court just over the ramparts, and 20m away is where Mandela and Ghandi were imprisoned. It keeps me up at night sometimes – you feel the weight of the responsibility to do the right thing and not mess it up because it’s such a precious thing.”

Lance himself is a former head of artists and repertoire at Sony Music Africa and a director of the Bassline Jazz Club in Newtown. Then he started consulting to help brands develop their musical strategies. “Music is a very powerful marketing tool that everybody wants to harness to sell their products, so I started working with Nando’s on its music strategy about seven years ago,” he says. 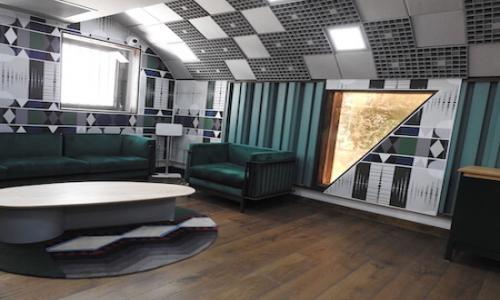 The studios include a large room for rehearsals or for recording in, with enough space for a choir or an orchestra. It’s also being used for recording podcasts, TV shows or hosting events, to expand Flame into a multi-purpose centre.

The Green Room is a lounge for hanging out, with coffee and a bar fridge, and facilities to play back the recordings. There’s a small vocal booth, a control room with impressive mixing desks, and the Red Room, the main recording studio with a drum kit, keyboards and guitars waiting to be used.

Soon they could be played by students from the National School of the Arts, which doesn’t have recording facilities for youngsters aiming for a career in music or the theatre. The nearby Wits University only has a small recording studio, so music students who need to learn how to record could do that here.

It’s a big step in the overall mission of bringing Constitution Hill to life as a creative hub. “This is a unique opportunity to reshape the narrative of this space, and also of the industry and maybe even the psyche of the country,” Lance says. “It’s a cliché, but music is the universal language. It could be a much more powerful tool for social cohesion.”