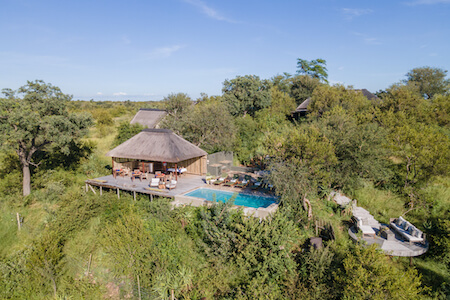 The first lioness padded silently out of the long grass and surveyed the clearing.

She was the exact colour of the dried grass and standing still was almost invisible. She moved forward, and two younger lions emerged behind her. Three cubs tumbled out in a playful mass of fur, and still more kept coming.

As the parade of lions moved in a fluid stream of teeth and muscle I didn’t know whether to watch the ones who’d stopped to gambol around our vehicle, the ones leading the way to the river, or to see if any more were yet to emerge. It was astonishing.

Our guide Nick Smith from Klaserie Drift Misava Safari Camp had told us that a pride of 26 lions hangs around the neighbourhood, but I hadn’t expected to see them all at once. Nick had followed their tracks until they disappeared into the grass, calculated where they were likely to emerge en route to the river, then circled around to park just a few metres away. It was a triumph of bushcraft, and the reward was the largest pride of lion I’ve ever seen. We found one of the two males a few minutes later, lolling under a tree taking a break from family duties. 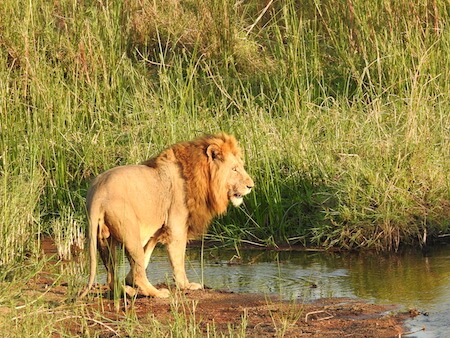 Misava is one of only a few lodges in Klaserie private nature reserve, and its guides don’t have traversing rights into the adjoining Timbavati and Kruger reserves. At first I imagined that would mean fewer good sightings, because if something happens on the neighbouring land you can’t cross the boundary to investigate. But the animals have free movement, and maybe they’re realised that Klaserie doesn’t have as many vehicles to disturb them as the busier reserves.

With few guides to share news of the sightings, tracking the animals comes down to sheer skill rather than swapping tips over the radio. On the first afternoon we saw very little, but stopped to watch scrub hare and examine trees hung with spiderwebs glistening in the sunset. Then we drank sundowners on a sandbank by a river where we could take off our shoes and paddle. 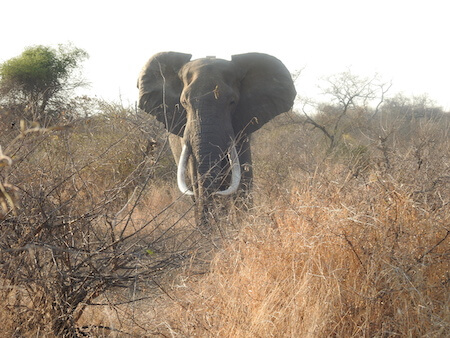 Another animal that enjoys the Klaserie vibe is one of the Kruger’s few mid-length tuskers – an elephant with majestic tusks. The days of elephant with ivory that scraped the ground have been poached into history, and even these mid-length tusks are dying out, Nick explains, perhaps because nature has figured out that long tusks make their owners prized targets. Poaching has certainly given evolution a jolt, because with their genes removed from the breeding pool, the only elephants left to breed are those with shorter tusks.

This old man was a wonderful beast, striding through the bush, demolishing a tree, then swaggering right up our vehicle. Nick held up a steady palm and spoke softly to the curious giant, and he moved along peacefully. I’m not sure what Nick was whispering to him, but they make a great double act. It was such a thrilling experience that we tracked him down again in the evening, and again he came so close that I could have patted him.

Whenever I travel I’m struck by the philosophical thought that when I’ve moved on, the things I’ve seen will continue perfectly well without me. Lions will still walk to the river without an audience, the tusker will find something else to catch his attention. It’s a sobering reminder of how transient and insignificant we are. 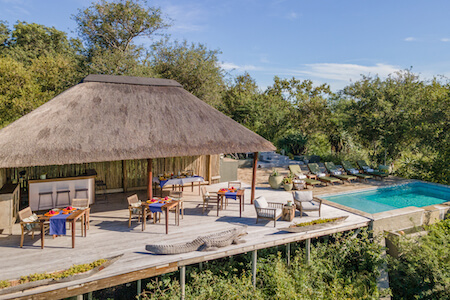 Late that night came another unusual sighting, when something rustled just beyond the light of the boma bonfire. A quick-thinking guest shone a torch and we spotted a honey badger, snooping around for leftovers.

You can’t blame it, because the food created by chef Njabuliso Mholi is delicious. He previously worked in the swanky Victoria Falls Safari Lodge, and serves treats like carrot soup, lamb curry in individual potjies and rich chocolate mousse cake.

Lunch is served near an al fresco bar that overlooks the Klaserie River, whose year-round flow keeps the vegetation lush even before the rains arrive. There’s a swimming pool too, and although the water was cold, the pleasure of swimming while watching elephants mock-charge each other by the river was irresistible.

Misava Safari Camp was a family farm when Talitha and Dawie Jansen were brought in to manage it. They recognised the lodge’s potential to become commercial, and since Talitha designed fabrics and beds for the mattress industry and Dawie was in the restaurant and shopfitting trade, overhauling the place came naturally to them. “We are entrepreneurs at heart and had our own businesses, and we wanted to get out of Johannesburg and move into the country when we had a child,” says Dawie. “This opportunity came up to change our lifestyle. We didn’t have any experience, just business acumen.” 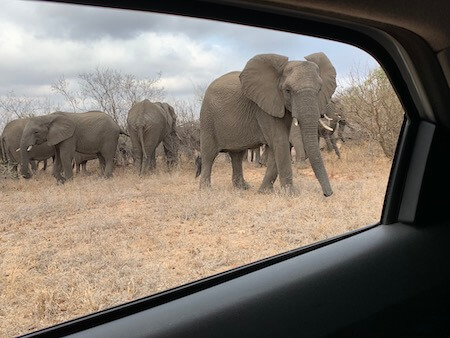 They’ve made its six bedroom suites light and airy with chic, uncluttered décor. Mine overlooked the river, and one night I took a starlit outdoor shower to a backdrop of roaring lions.

The Jansens have strived to create an atmosphere they would want to experience themselves, so it’s family-oriented, fenced in for safety, and has a homey feel where you can walk around in slippers. For kids there’s a ‘bush box’ filled with scavenged items like plants and snail shells to examine, and activities like making plaster casts of leopard and lion tracks. The guides give wildlife talks to older kids, and the kitchen crew entertains them with baking sessions.

The clientele was predominantly French families before the Covid crisis. “We spent most of lockdown rethinking our whole business strategy and reinvented ourselves as a South African business,” Dawie says. Instead of marketing Misava through foreign travel agents they adopted various channels to promote special offers locally. “We tapped into a market we didn’t have access to in the past. We’ve put so much work into building a new audience that even when the international market returns it would be a total waste not to maintain it,” he says.

Meanwhile, the animals will carry on regardless. As we drove to the main gate to head home, we watched a male lion drinking from the river, then stopped again to admire a herd of elephants. The old tusker wasn’t among them. He was off doing his own thing elsewhere.

First published in Business Day. For more details about the camp, click here:

Thank you for sharing your experience with the world! Articles like this make all the struggles worth it.