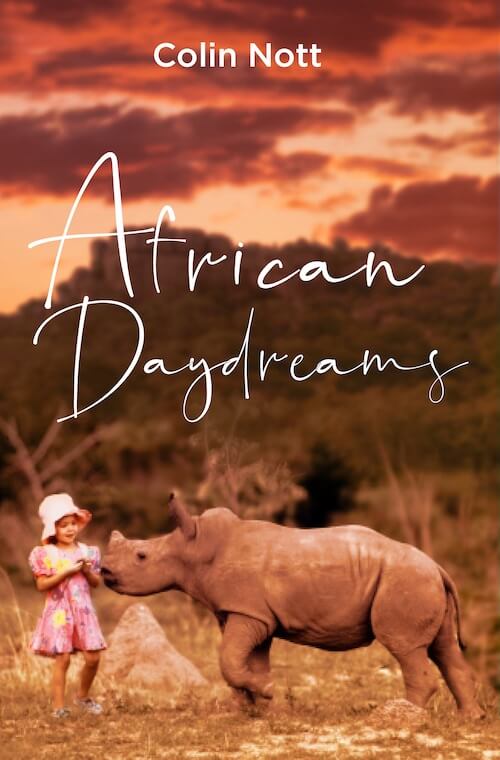 Protecting Africa’s wildlife is difficult anywhere, but many times in Zimbabwe it’s been impossible.

Game ranger Colin Nott experienced some of those times in the Matopos Hills, south of Bulawayo, in a career that began when he was 17 and ended when his safari business failed during Zimbabwe’s economic implosion.

In the intervening years, Nott was in charge of Matopos Rhino Intensive Protection Zone, and later became the warden of Matopos National Park. He tells his story in African Daydreams, blending personal anecdotes with the unfolding history of Zimbabwe.

This is a land of dramatic rocky outcrops, where the San people decorated caves with thousands of paintings before being driven out by more aggressive tribes. Nott explains the volatile conflicts between the Shona and Ndebele tribes and mentions the atrocities that took place after independence, including the Gukurahundi genocide when 20,000 people were killed. While the scene setting and historical background are important, unfortunately it’s a rather dry and methodical section.

Nott began his career in this volatile territory as one of very few white boys among the freshly trained young rangers. The training was tough, and he describes the poor state of the food, equipment and resources that made it harder to protect the wildlife in their care. There was insufficient equipment to patrol the bush and catch poachers, to fight the frequent bushfires, or to save the animals during dreadful droughts in 1991 when many wild animals died, along with more than a million cattle.

Autobiographies are at their most endearing – and believable - when the author reveals their weaknesses, and Nott achieves this when he’s relating anecdotes from the bush. He adopts a chatty style as he writes about mistakes and lessons learned in his daily life as a game warden, with stories about dethroning an old psychopathic hippo, raising a rhino orphan and baboons ravaging his avocado tree. 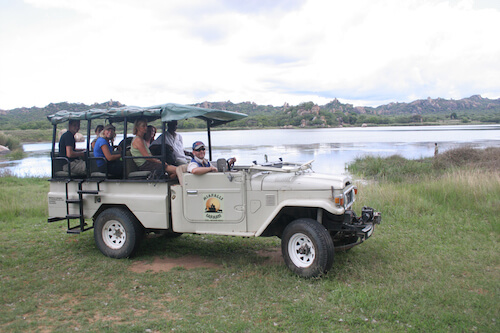 Rhino poaching first hit the area in the mid 1980s, and Nott was chosen for military training with Zimbabwe’s Special Forces to combat the surge. One project sponsored by the Americans involved heat-tracking technology in a helicopter to detect poachers at night. But it never worked well, and pilots were afraid to fly in the dark in case they smashed into the rocks.

Nott also became involved in undercover stings to catch poachers, and writes about the tense thrill of those encounters. “Despite the seriousness of the situation, I was fast becoming addicted to this precontact sensation, when the adrenalin pumped through my veins in a strange combination of mortal fear and intense excitement, my senses heightened to an almost superhuman intensity,” he says.

Other interesting tales focus on his father Graham Nott, a police inspector who was instrumental in the creation of Zimbabwe National Parks and the Wildlife Investigations Branch. He also helped Zimbabwe become a signatory to the Convention on International Trade in Endangered Species (CITES). Nott’s stories here emphasise how numerous people rose above the law in post-independence Zimbabwe, and how his father did his job no matter who he infuriated. 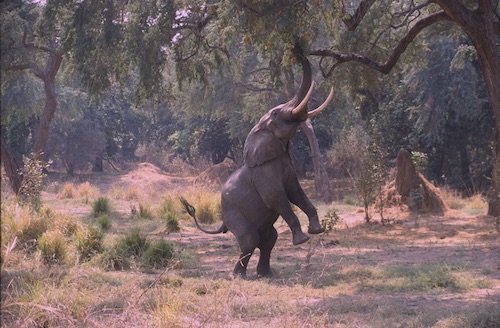 One of the flaws in African Daydreams is the grey and grainy appearance of the photos, due to the modest-quality paper used to keep production costs down. There are also a few minor punctuation errors, while another niggle is the running order of the narrative. His wife, for example, is only introduced properly long after the first references to her. Other anomalies in the timeline may have you wondering why a section wasn’t introduced earlier or held until later.

Nott’s career in the National Parks ended with a politically motivated directive to move him to a lesser post. He resigned, and set himself up as a professional guide focusing on walking safaris. But the collapse of Zimbabwe killed his business as tourists stayed away. It also led to renewed onslaughts against its wildlife as poaching soared.

One of the last chapters is called “Things Fall Apart,” and covers the farm invasions and murders that contributed to Zimbabwe’s agricultural failure. In 2002 Nott helped to monitor elections for the MDC, and it’s disturbing to be reminded about the grisly events of those days.

Eventually his head ruled his heart and he emigrated with his family to Australia. So African Daydreams doesn’t have a happy ending, but neither do Zimbabwe or the rhinos.

African Daydreams by Colin Nott is published by Ocean Reeve, R287 from bookshops or from Exclusive Books online: