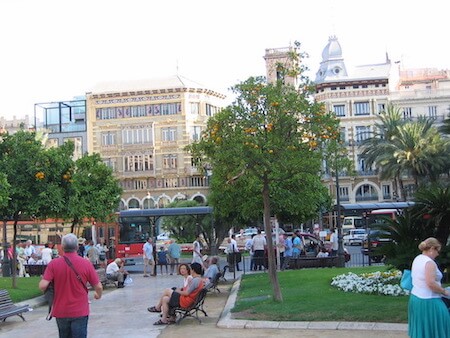 I was just weighing up how best to photograph the elegant old building and capture the orange-studied citrus tree in the foreground when my ice cream exploded.

I’d been admiring the scenery in Valencia and idly nibbling a chocolate-covered cone stuffed with dulce de crème. A second later, a river of light brown sludge was running down my T-shirt and gathering in a puddle on my lap.

Wearing my snack totally destroyed the image I’d been trying to cultivate as an uber-chic out-of-towner who breezes in for the America’s Cup and breezes out again on her own yacht berthed around the corner.

I knew I should have gone for vino blanco instead of the monster-sized cone. But you know what it’s like ladies: you fully intend to occupy a chair in the sunshine outside a tapas bar and enjoy some wine, then you fear you’ll look like the local hooker and settle for an ice cream on a park bench instead. Besides, I’d been famished and dinner wasn't until 9pm. These Spaniards certainly know had to make the evenings last. 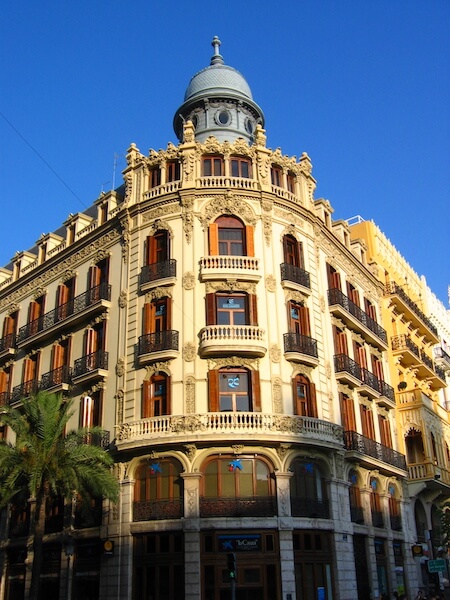 Valencia is lovely atmospheric city where modern, marble-paved streets lead off into narrow, cobbled alleyways winding through to quiet courtyards.
I was annoyed at myself for failing to do any research before I arrived because it’s always more fun to land in a strange city with an idea of what to see and where to go.

I’d carelessly arrived in Valencia knowing nothing. Even now I'm not entirely sure what I was looking at as I admired the fountains and the architecture, but it was all very gorgeous.

Valencia had jumped onto the world atlas thanks to the America’s Cup, but when you look at the map there’s clearly far more to this ancient city than its spanking new harbour. One odd feature was a strip of green winding right through the centre, looking exactly like a river but without the water. “That’s because it used to be a river until they took away the water,” a local patiently explained.

After catastrophic floods devastated the city in 1957, the authorities diverted the River Turia and filled in the riverbed, turning it into a long, narrow, sunken park. So now you cross bridges that bizarrely look down over flower beds and joggers instead of water. Cyclists and pedestrians can cover much of the city without using roads by cutting through the Garden of the Toria, past its ponds, fountains, café, a Zen garden and an adventure playground. 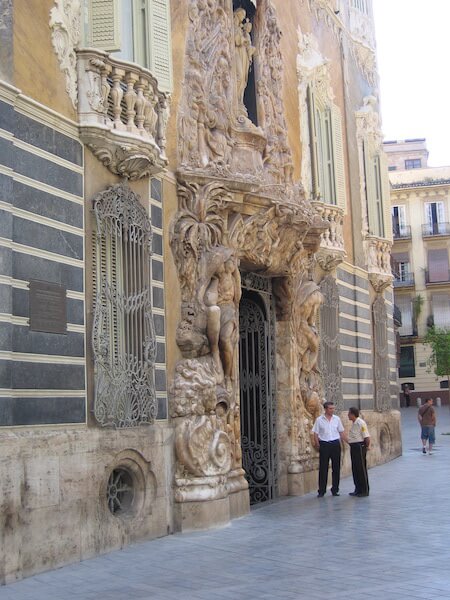 Back on street level, Valencia’s old quarter has dozens of beautiful yellow and ochre buildings decorated with arches, pillars and gargoyles. Wrought iron balconies punctuate walls decorated with marble friezes. Huge solid metal or wooden doors with their ornate carvings look positively medieval. Get locked behind one of those during the Spanish Inquisition and you’d never escape alive.

On summer days the streets are filled with relaxed Spaniards wearing very little as they meander along. And at night even more Spaniards wearing even less come out to play. At 7 or 8pm it’s still daylight and the shops are buzzing.

Two hours later the serious activities begin, when tapas bars start to fill up and the tables of the pavement cafes grow raucous. Supper is a late event, and when that finishes at about midnight it’s time for a nightcap that can easily go on for another hour.

The atmosphere in the port area hosting the America’s Cup was festive, as well it should be after Europe’s Alinghi Team beat the New Zealand challengers by 19 seconds that day. For once all of Europe seemed to be on the same side, with inter-country spats postponed as everyone united against the outsiders. 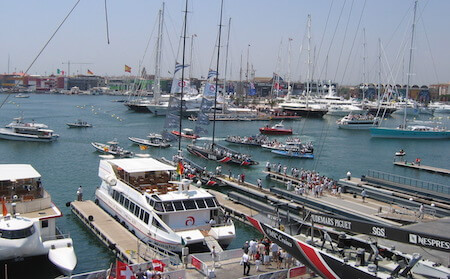 But I sensed that Valencia’s festive atmosphere is a permanent fixture. The traffic looks manageable, the sun shines, there’s a fresh sea breeze to calm things down and the lovely pavement-life atmosphere has a sense of orderliness without the urgency, in true Spanish style.

I felt like a wimp for knocking off at midnight, and as a bus drove me from the harbour back to my hotel the streets were still buzzing. Midnight in Valencia is as busy as noon in any other town.

The following morning - a Saturday - it was eerily quiet at 8am. A few people were moving around, but I suspect they were still on their way home from the night before rather than just beginning and a new day.