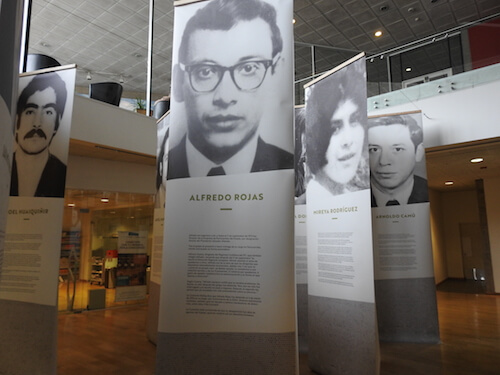 It was the elegant pipe that finally provoked the tears. It was sitting beside a medical card showing a photo of a man in his twenties with thick bushy hair and a full beard.

He’s Carlos Lorca Tobar, a surgeon who disappeared on June 25, 1975. He was the general secretary of Chile’s Socialist Youth Party, and a vocal leftie who opposed the dictatorship. “He always smoked a pipe,” says Patricia Abarzúa wistfully. “Look, there’s a photo of him with his friends and he’s smoking there.”

Abarzúa shows me another exhibition case containing a suit once worn by Arnoldo Camú, who was wearing it when he was assassinated by the national army. She points out the cluster of bullet holes in the leg and chest. Camú was a lawyer and an advisor to President Salvador Allende, who was deposed when General Augusto Pinochet staged a military coup.

“He was very good looking,” I mumble, for want of something to say when you have no words. 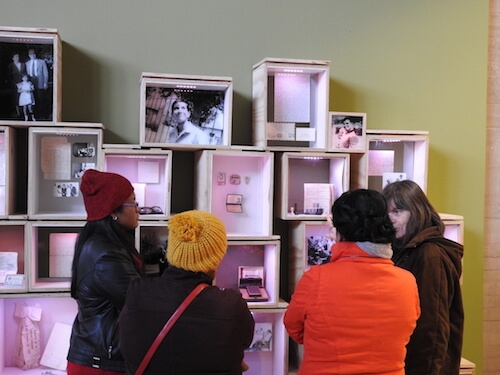 I was visiting the Museum of Memory and Human Rights in Santiago, which explains what happened after Pinochet came to power and gripped Chile in a brutal dictatorship. His regime left 3,000 people dead or missing, saw 27,255 tortured and drove an estimated 200,000 into exile. Since the population was only 7 million at the time, that eliminated a lot of people, Abarzúa says.

I’d already stood in silence staring at a mosaic made of thousands of small photographs of individual faces stuck onto a giant wall. A touch-screen display in front of it lets you pick a name and read their details in the missing persons file.

But it’s always the little things that make such enormous brutalities finally feel real. Not the videos playing in an endless loop showing people being arrested by gun-toting policemen. Not the faded newspaper headlines or the rusty prison door. Not even the English translation that runs alongside the last radio broadcast by Allende, as he refused to stand down and told his people that one day, justice and freedom would return.

It’s the dog-eared photographs and personal possessions that someone touched, then never touched again, that make it tragically real. We both push away tears as we talk, muddling along with my mediocre Spanish and Abarzúa’s shaky English, figuring it out between us. I ask if these people were her family. “Eran mis amigos,” – they were my friends, she says. 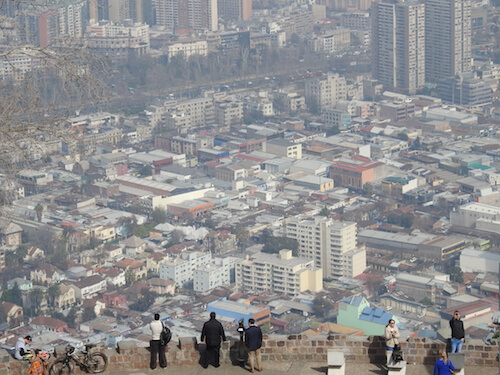 She uses a word I don’t understand, then mimes being pregnant. One friend was eight months pregnant when she was kidnapped, she explains, but no one knows what happened to her or if her child was born. A song from the Beatles begins to play, and she says this is the music of their era, the music they loved. Me too. It was my era too.

The numbers of Chile’s ‘Desaparecidos’ (disappeared) weren’t massive compared to the slaughter of an estimated 30,000 people by Argentina’s military dictatorship, or the 21,000 who died under apartheid in South Africa, which features in a section explaining how Truth And Reconciliation Committees have helped to heal the wounds in numerous countries where brutality reigned.

But in Chile there has been no justice, Abarzúa says. She was manning a gallery in the museum housing a special exhibition to commemorate 21 missing individuals, designed  to keep up the demands for answers. No records were ever found for many Desaparecidos, and their families are still seeking truth and justice.

Outside it’s sunny but cold as I join a free walking tour of Santiago led by Tours 4 Tips. At one point my guide sits us down and tells us that Chileans don’t talk about the wounds inflicted by the dictatorship enough. Those who committed the crimes still hold positions of power, he says, yet people are forgetting. 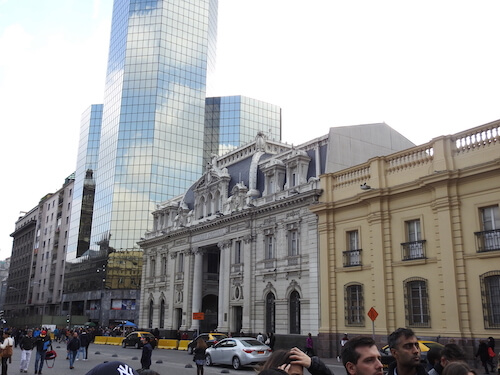 He explains how socialist reforms introduced by Allende spooked America during the time of the Cold War, and how the CIA supported the coup after rich Chilean landowners objected to Allende’s demands that their land be used for agriculture or repossessed for a low price and given to the workers. He tells us that Allende called a referendum to see if he was still supported by the majority, but nobody got to vote because Pinochet staged his coup that morning and Allende was dead by the evening.

A casual visitor to Chile who avoids the memory museum would know none of this. Santiago buzzes with a quiet vibrancy, big enough to be lively and small enough to navigate easily. It’s a modern city with a central core of pretty historic buildings, and where the native population has been heavily changed by waves of European immigrants befuddling the gene pool.

As I meander over to the Central Market I pass a row of fortune-tellers in colourful booths set out on the street.  I’m surprised to see businessmen having their fortunes told, as superstition meets sophistication. 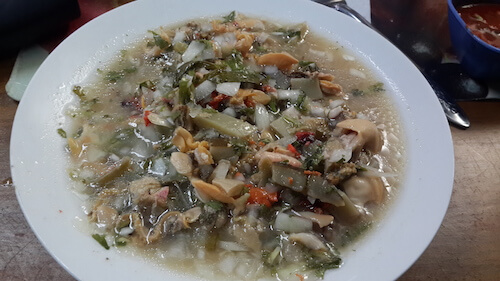 The market has a seafood section where the stalls serve meals, and try a bowl of marisco - cold seafood stew. There are chunks of sea urchin and abalone in there, judging by the shellfish display outside, all swimming in a sharp lemon and vinegar soup.

The next day I find a film festival and arrive early enough to enjoy a lunchtime set menu in the bar next door, with broth, a small salad, a heap of lasagne, bread and wine for about R80. When the film begins there are only two of us in the foyer, and the usher welcomes us in with a flourish. 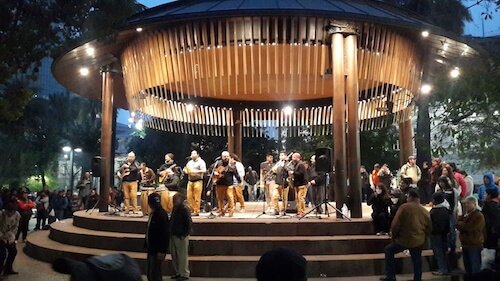 On the way home I lose myself in the backstreets until I unexpectedly emerge in Plaza de Armas, the central square. A nine-piece band is in full swing on the bandstand, and I enjoy the free concert for an hour. A few couples emerge from the crowd and dance impromptu tangos, winning as much applause as the fabulous maraca-shaking, trumpet blaring band.

As the musicians pack up I wander over to tables where men are playing chess. They’re lightening fast, pounding the timer every three seconds as they make their moves. I asked one young man if they play for money or just for fun, and it’s purely for fun, he says, inviting me to join. I decline, telling him my brain knows the theory but can’t think at these ferocious speeds.

He smiles from behind his thick black beard, and looks just like Carlos Lorca Tobar.