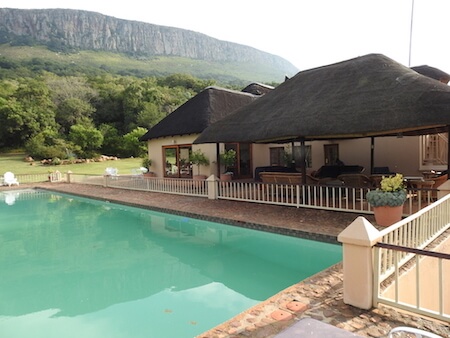 I’ve always worked on the theory that I should travel the world while I can, and leave the local stuff until I’m too decrepit to cross any borders.

The downside is that much of South Africa remains a mystery to me, so I have no idea where to go for local breaks during lockdown. It was a pleasure when the decision was made for me, with an invite to visit Steynshoop Mountain Lodge in the Magaliesberg. My friend Sarah happily agreed to drive (we needed her high-clearance car for rough mountain roads) and we set off for a two-night jol.

The Magaliesberg are only an hour-and-a-bit from Joburg, and we were soon following a long dirt road to reach the splendid isolation of Steynshoop. The hotel is an old country manor surrounded by gardens and dwarfed by a daunting sheer escarpment. Not that we could see any of that initially, since we arrived in a torrential thunderstorm that had Pieter Landman the manager heroically dashing out with a huge umbrella to welcome us. When he settled us in the lounge with coffee and took our orders for dinner, we could feel our holiday beginning. 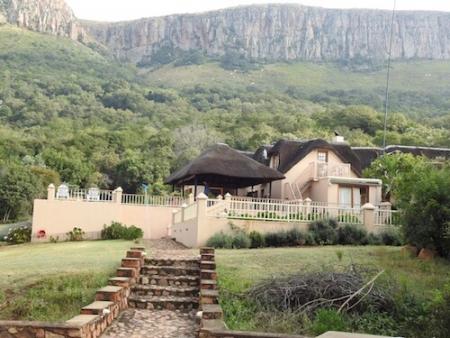 The hotel is a thatched roof affair with wooden beams, solid antique furniture and a couple of lounges with big squishy settees perfect for lolling around on. Its nine en-suite bedrooms have air-conditioning and DSTV, and our twin room had an enormous bathroom with a bath, a shower and enough space to roll out a yoga mat.
Outside there’s a blissfully long pool, a croquet lawn and a braai area, and settees under a gazebo where you can lounge about and watch the wildlife.

There’s also a very necessary restaurant, since you won’t want to head back down into the surrounding countryside to seek out food. Dinners are a four-course event for R292, with two choices for each course. Our options one night included snoek tartlet or curried sweet potato soup for starters; kingklip or beef sirloin for mains; a cheeseboard; and chocolate cake or lemon cream tart to finish.

Breakfast is a buffet with fruits, cereals and hot dishes to order, while lunch is a something simple like quiche and salad. While the selections are limited, the quality conjured up by chef Elcid Mostert is impressive. 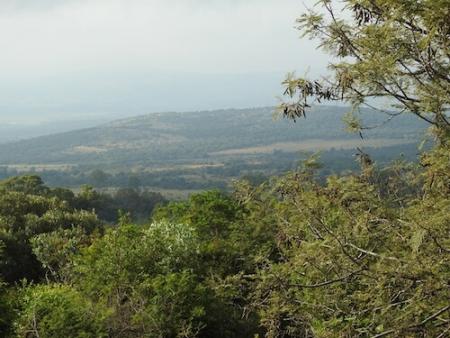 The hotel sits in the Magaliesberg Nature Reserve, a world heritage site, with hikes marked out that lead through a gap in the cliff and up to the top of the escarpment. Chatting to Pieter and some other guests made us realise we weren’t brave enough to tackle the escarpment, with tales of steep, rocky paths and the ability to get lost quite easily.

But we were gung-ho as we set off up the slopes into a protea forest, aiming for the clearing where the forest ends and sheer cliffs begin. Thirty minutes later we slunk back into the hotel grounds feeling rather sheepish. The path had quickly grown too steep and rocky, and we decided we’d rather lie by the pool admiring the scenery than trying to conquer it.

The nature reserve hides elusive game including bushbuck, nyala, zebra, warthogs and leopard, but we didn’t see those. We certainly saw the monkeys, after thinking that a notice warning you to keep your bedroom windows closed only applies if you aren’t actually in the room. 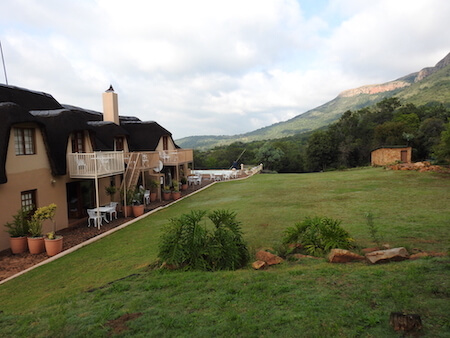 A rustling noise woke me in the early morning light, and as I lifted my head I came face to face with a vervet monkey sitting on my bedside table. Cute as hell, but not something you want in your bedroom. I yelped helplessly, the monkey squealed, and Sarah valiantly leapt up and shoed it back out of the window. You can tell she’s a mother.

The lodge and a sister property at the bottom of the mountain path, Steynshoop Village, are owned by Peter Curle, an avid historian who has restored these and numerous other houses in Graaff-Reinet. This valley in the Magalies was an important site in the British-Boer war, but the British burned down all the buildings and destroyed the farms. Peter has recreated the atmosphere of those times – but with all the modern features to make life comfortable.

Steynshoop Village is a lovely cluster of self-catering units in gleaming white Cape Dutch style, ranging from cute one-bedroom cottages to a long building with five bedrooms. There’s a church that can be used for weddings, a large baronial-style hall for receptions or conferences, a billiard room, a duck pond and tilapia pools. 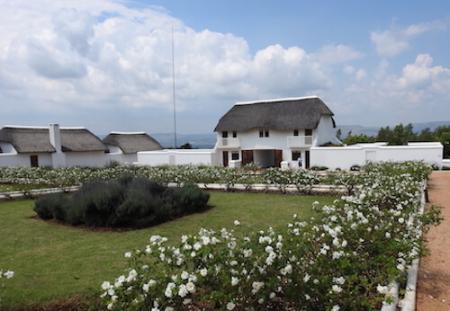 As we drove back to Joburg the next day, Sarah took a last look at the village and made a mental note to bring her family for a self-catering staycation.

* Steynshoop Mountain and Valley Lodges are near Hekpoort. A standard room at Mountain Lodge costs R850 per person per night sharing, or R1,200 for single occupancy, including breakfast. Valley Lodge costs from R1,000 per night per unit.