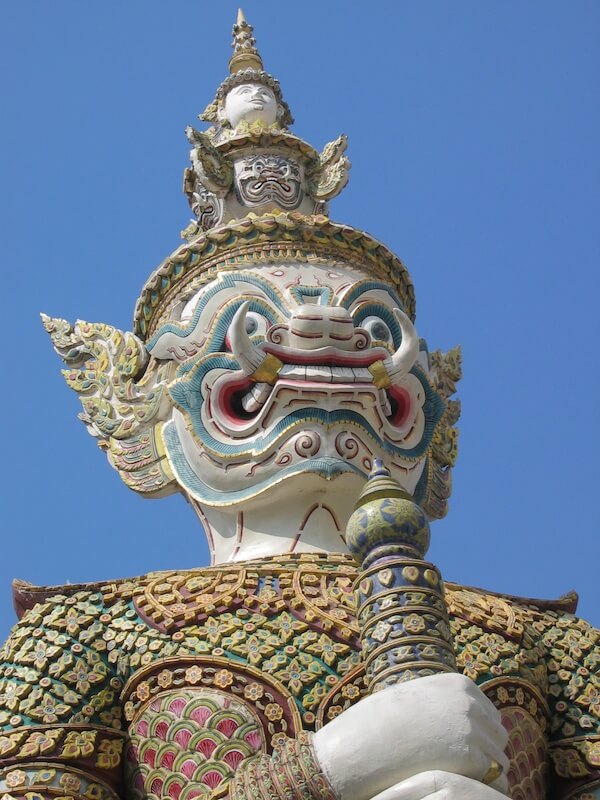 “I’m in love,” Joe declared as he floated in for dinner.
He looked smitten, with a silly grin on his face and none of the anxiety that had previously weighed down our new travelling companion. It was mutual too. “She told me she loves me,” he swooned.

Yes but Joe, the woman is a hooker. You just paid her handsomely to love you for 90 minutes, one of the group’s more pragmatic members pointed out. Joe’s bottom lip quivered a fraction, but the delighted grin returned as he relived the experience in sordid technicolour for the rest of us. “We even did it in the bath. Water went everywhere,” he giggled.

I had a question: if he’d paid for 90 minutes of sex, what did he do for the other 89 minutes? Actually we had several questions, because this was fascinating stuff. Yes he used a condom, he said, and yes, he parted with a hefty tip. Joe disappeared again after dinner, announcing: “Thank goodness for credit cards.”

I’d never much wanted to go to Thailand for fear of feeling like a sex tourist. Which is precisely what attracts so many men. Forget the food, the beaches, the shopping and the temples; what lures the boys to Bangkok is the wildlife — and I don’t mean elephants and tigers. 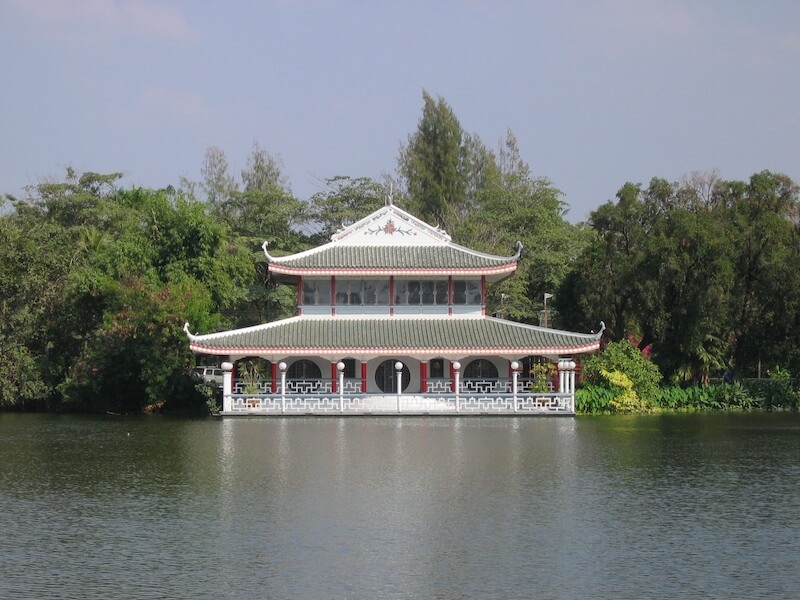 I’d expected those massage parlours that offer a workout for every conceivable muscle to be on the streets, decorated with red lights and bikini-clad nubiles to entice the customers in. Not a bit of it.
Joe had fallen in love in the massage parlour of our swanky hotel in Chiang Mai. The girls were displayed behind a window, wearing stickers of boring blue or racy red. The older boring-blue ladies gave an hour-long massage for 500 baht. The racy-red crew gave you anything you wanted for 1800 baht and wriggled seductively as the men perused their options.

Joe was a virgin in the paid-for sex stakes. Only recently widowed, he was clearly used to having a wife organise his life for him. He’d regaled me for 10 minutes with a dilemma about what time to set his alarm clock for an 8am start one day. Maybe he should set it for 6.30am so he had time for breakfast. Or perhaps 7am would be early enough? But if it was a cooked breakfast that might take a little longer, he mused. I’d backed off slowly, wondering how a man reaches his 40s without ever making a decision.

The next day Joe boasted that he felt like a new man. “We could all do with feeling a new man,” one of the women moaned. Were we jealous of our male travelling companions and their newfound hobby? Hell, yes! The only Sex on the Beach we were getting came in a cocktail glass with a little pink umberella. And when the alternative is a stroll around yet another night market flogging silk shirts and fake Rolex, who can blame them? 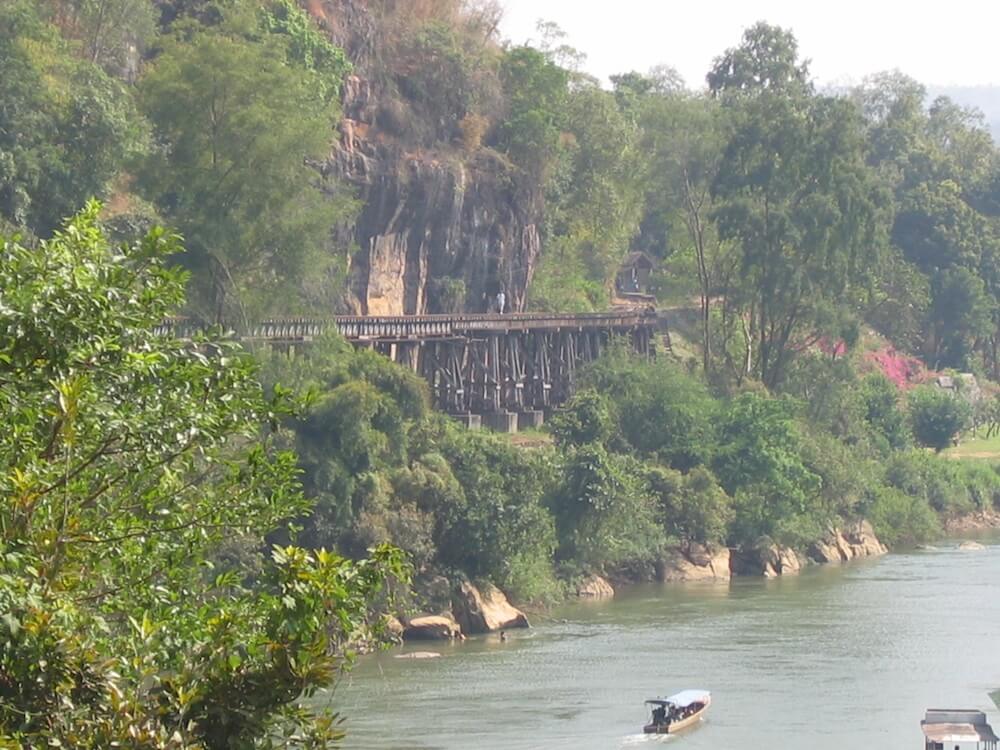 I was a novice too, in that this was the first time I’d joined a tour specifically for solo travellers. It all sounds terribly clinical, like you’ll be eyeing each other up over the welcome drinks and wondering who’ll end up bonking who. Solo tours usually attract a far higher proportion of women than men. Funny that — many women who get singled in later life seem to find a new energy and go travelling to rediscover themselves after years of being a wife or mother. Men who get singled in later life seem happy to just slouch in front of the telly. And if that sounds like an unfair generalisation, you’re probably a man!

But throwing Thailand into the equation changes everything. Nine of our 22 travellers were men, and most were there purely to have sex. No, I’m exaggerating. A couple wanted to see the bridge over the River Kwai. The rest wanted to get laid. Not by their fellow travellers, thankfully, because as we women bitchily giggled, these men were so dismal they had to pay for sex, as they’d no chance of getting it for free. 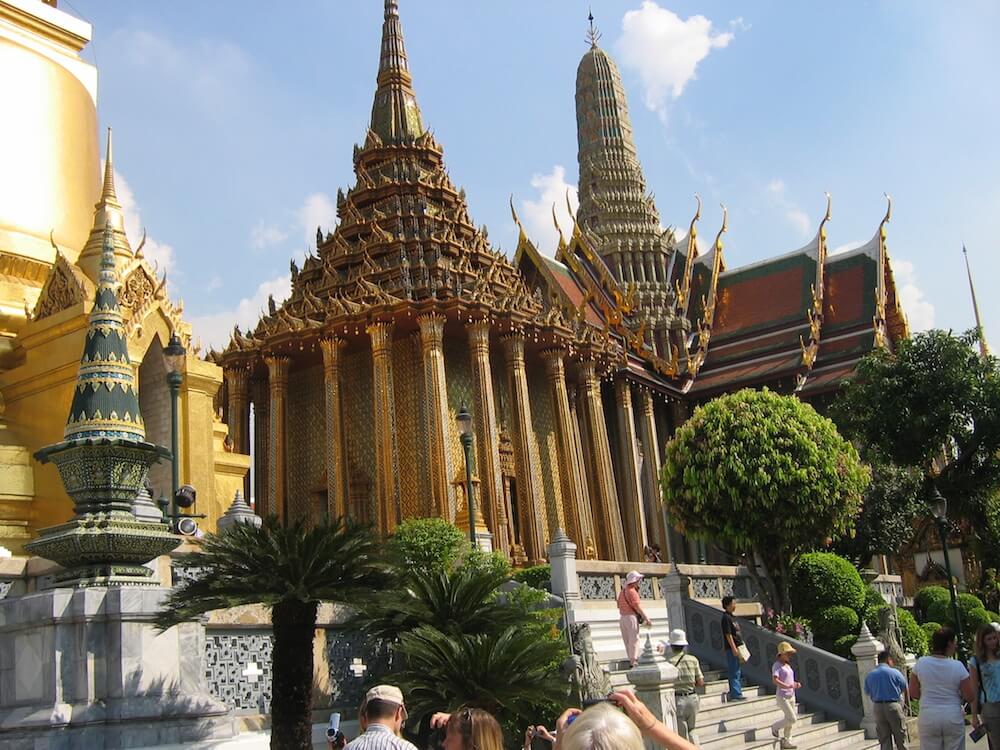 The initial meeting of our group was quite hairy. At the appointed hour I’m loitering in the hotel reception, hoping the brassy blonde isn’t on my tour and the overexuberant man with the aggravating voice is just passing through. Gradually the group grows larger, and conversations begin as you swap names and trades, and all the other small talk that forms the basis of a fortnight-long friendship.

You scan the faces wondering whether any of the motley crew will become bosom buddies, and whether any will alienate themselves by the oddball quirks they have.
After few days, one entertaining 60-year-old debated making a play for one of the men, before she saw him succumb to pressure and join the nightly exodus to the red light district. Tony had shown remarkable restraint until then, but he was quickly hooked on this new sex-on-demand lifestyle. By the end of the tour he was trying to delay his flights, but was thwarted by a Labrador, his sole companion in cold and loveless England. Tony had to fly home and find a new home for the dog before booking a ticket back to Thailand. “There’s really nothing to stay at home for,” he shrugged.

You can see why it’s all so exciting. I had a massage on the beach, on a long table shaded by gaudy sun umbrellas. At one stage when I was lying on my back the masseuse hopped up to kneel between my legs. The vigorous groin massage that followed must be a combination of ecstasy and agony for red-blooded men.

Tony had been introduced to the carnal delights by a brash trucker from Birmingham who flew out three days early specifically to savour the joys of Bangkok, the well named sex capital of the world. His new expertise entitled him to dish out advice to the fleshpot virgins. Picking up girls who work in a hotel massage parlour or in a street bar is perfectly safe, he said. “Then you’ve got some come-back if they steal your wallet.” They also get a health check every few months so you know they’re clean, he winked. “Just don’t pick up girls in the street,” he warned, with the look of a man speaking from experience.
Bangkok’s Patpong area has bars devoted to any predilection — straight sex, gay sex, under-age girls or the Thai ladyboy option, where you don’t know what you’re getting until you’ve got it. 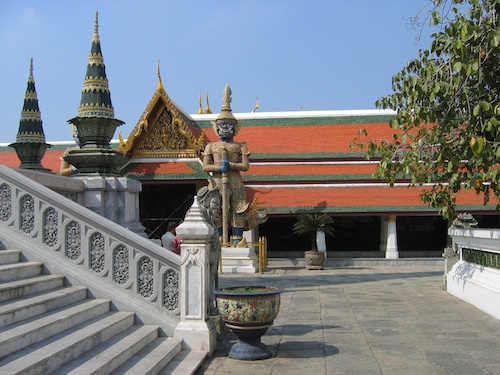 He reappeared later, bringing one of the girls to the pricey New Year’s Eve bash at our beach hotel in Cha Am. We wondered if Joe’s new love would turn out to be a lady-boy and give him a nasty surprise. Thankfully not, although he suffered a different nasty surprise when his credit card wasn’t authorised for services rendered.

As the pool party heated up and the countdown to midnght began, I asked where our motley crew of men had disappeared to. They’d all gone back to the massage parlour to bring in the new year with a bang.