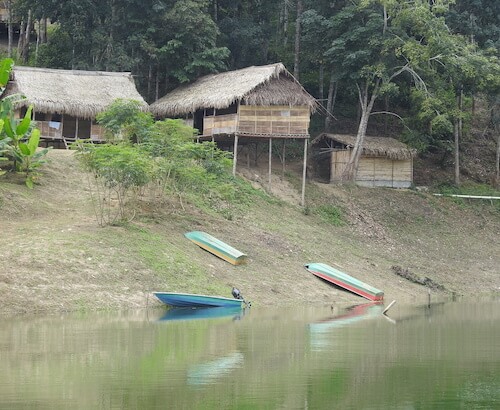 There’s a rare flower in Malaysia that only blooms for a few days every year.

During its brief but spectacular existence, the Rafflesia slowly unfurls its large, spotty red velvet petals and leers at you like it’s contemplating its next supper. Which it is, because it’s a carnivorous creature, although its diet consist of small victims like insects and occasional rodents that fall into its pot-like centre. It’s the largest flower in the world at a metre wide, and you can track it down by the smell of putrid meat it exudes to lure its prey.

Fortunately everyone else in Malaysia is far friendlier, including the guides who led us on a hike to find this endangered flower. The Royal Belum State Park is one of the oldest rainforests in the world, dating back 130 million years and predating the far more famous Amazon. Staying in the Belum Rainforest Resort during a trip across the country was a highlight, and an experience that may disappear completely one day as mankind encroaches ever further into nature. 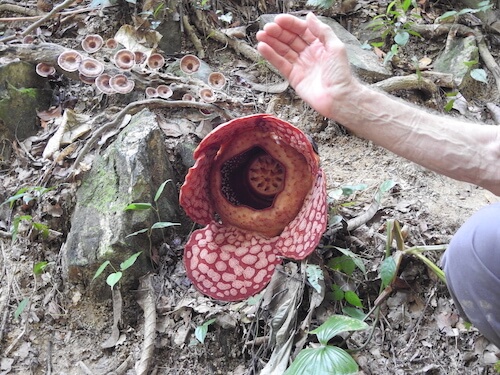 A notice at the hotel says the rainforest is home to 14 of the world’s most threatened mammals, including the Asiatic elephant, Sumatran rhinoceros, tapir, white-handed gibbon, sunbear, Malaysian tiger and golden cat. That’s already sadly outdated. Malaysia’s last Sumatran rhino died in 2019, and only about 80 still survive in neighbouring Indonesia.

Our guide had glimpsed an elephant once, and as we passed some dried dung we listened intently, eager to hear bigger beasts beyond the wall of sound produced by the chirping insects.

The indigenous Orang-Asli tribe still lives on the fringes of the jungle, and we set out in a motorboat one morning to meet them in their stilted homes on the banks of Lake Temenggor. They’re well used to tourists now, taking scant notice as we wander around the tiny village taking photos and asking questions through an interpreter. 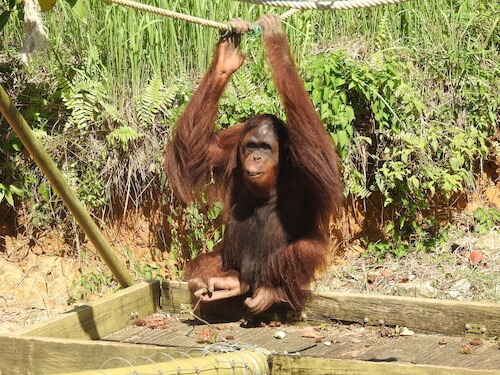 Then we putter back to our hotel, and I stroll off into the humid forest again, scanning for the monkeys I can hear cavorting overhead. I find them later outside the restaurant, all wide-eyed cuteness as they roguishly trying to cajole guests into feeding them.

The wholescale felling of rainforests to farm palm oil has created a conservation crisis in Malaysia. The loss of habitat and the murder of adult orangutans in the felled rainforests creates a constant supply of orphans for a rescue and rehabilitation sanctuary on Bukut Merah Orang-utan Island.

These gorgeous apes live in relative freedom on Bukut Merah, with visitors viewing them from wired-off walkways, so we’re in the cages, not them. It’s wonderful to see them larking around and flapping like furry clothes on a washing line as they swing down to the beach. But it’s a tragedy that they’re here at all, because they should be in the forest, not being forced into extinction. 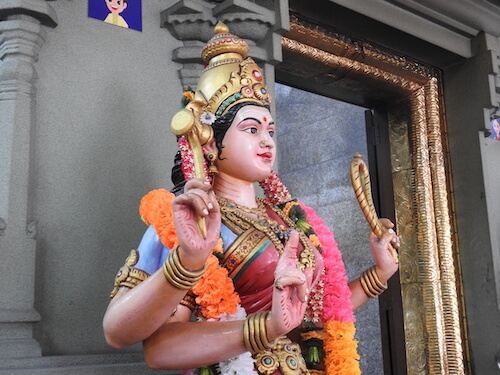 The rainforest is within a day’s drive of Kuala Lumpur, but a world away in every other sense. The capital is home to about 1,8-million people, who move through the city centre in skywalks and air-conditioned malls to avoid the sweaty, traffic-clogged roads below.

The most famous attraction are the 451m tall glass and steel Petronas Twin Towers. Visits to the skybridge and observation deck had sold out days in advance, but I wasn’t too disappointed because the best views come from outside anyway. For 20 Ringgits (R70) you can sip a cocktail in the Skybar of Traders Hotel opposite and admire the towers sparkling amid a panorama of skyscrapers.

Kuala Lumpur means ‘muddy confluence’ in Malay, an unattractive but accurate description of the point where the Klang and Gombak Rivers merge, with a picturesque mosque in the middle. This is the old colonial quarter, built when Malaysia was occupied by the British. The Sultan Abdul Samad Building is a stunning piece of British Raj architecture, with arched balconies, round turrets and the quintessential English clocktower, topped with a jaunty copper dome. 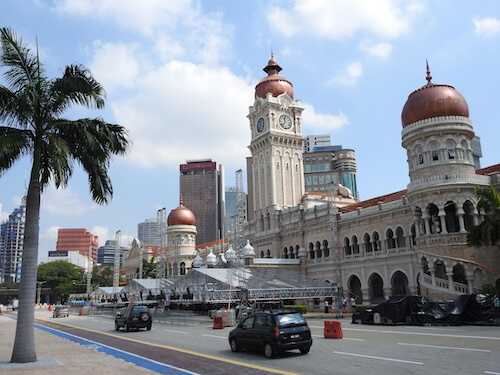 Across the road the Royal Selangor sports club stands as if transposed from an English village, stoically wilting under the hot tropical sun since 1884. There’s a cricket pitch too, of course, where the Malay flag was first raised in 1885 to celebrate independence.

A short stroll away is Petaling Street in Chinatown, where narrow streets are filled with an explosion of noise and colour from stalls selling cheap clothes and batik knock-offs. I didn’t realise what a fine art batik is until I visited a workshop where silk and cotton were being meticulously hand-painted. Mass produced printed versions aren’t as exquisite, but they’re a fraction of the price.

The Central Market here is liveliest at night, but one quiet mornings I got chatting to a stallholder as she showed me how to tie on some elaborate silky ‘happy pants’. More like nappy pants really, and highly impractical in a country of squat toilets. 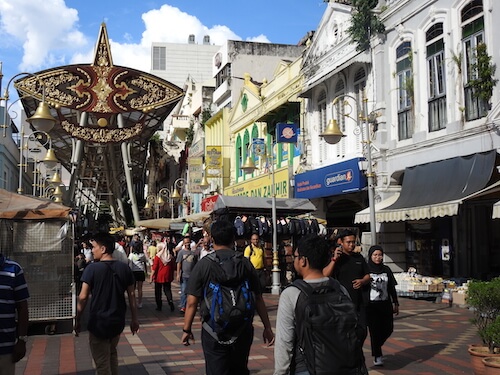 She tutted about why I was so thin, and I told her, rather waspishly, that when my boyfriend died a few years ago I’d stopped eating, and never really got back into the habit of it. Ahh, she said, and something in her face sparked an instant connection between us. She’d been forced into marriage at 15, and had three children with a husband she never loved. When she finally pushed for a divorce he let her take the kids, she said, but absolutely nothing else. Haggling is the norm in Chinatown, but I overpaid for two pairs of oriental trousers, and we hugged goodbye.

As you browse the markets you’re often assailed by a distinctive, musty smell. Love-it-or-loath-it durian, a spiky football-sized fruit that’s banned from public transport and hotel rooms. It’s a pungent and pricy treat, and it takes a while before you grow to like its lingering savoury aftertaste. I inhale deeply, and imagine monkeys swinging through durian trees in the disappearing jungles. 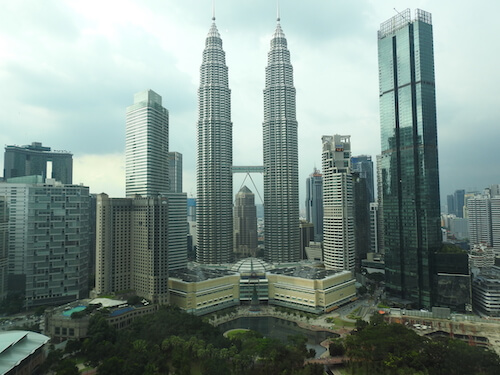