Colombia is more than a little crazy 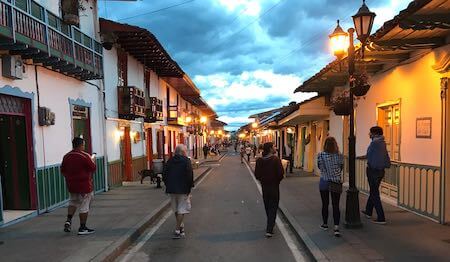 The smell of gunpowder is curdling through the air as we swagger into a seedy bar in Colombia.

Shady characters are leaning on the tables, their cowboy moustaches twitching as they sip their beers. The crackle of explosives startles me again as our fearless leader, Andres Salcedo, shoves open the swing doors into a large back room. I cough in the acrid smoke, then draw my weapon.

I’m armed and dangerous and ready to compete in Tejo, the unofficial national game of this lively and untamed Latin American country. After a few beers and a plate of beef and beans, there’s nothing like playing with gunpowder to round off the evening.

The idea is to lob a hefty round stone at six sachets of gunpowder balanced on an iron ring set in a bed of clay. A good shot smacks the sachet against the metal causing an explosion. Several games are in progress, with bangs, flashes and flames filling the air as the inebriated crowd plays late into the night. Finally I strike, and the bang and fire give me a victorious thrill.

Sure, someone might get injured, but more likely by a flying stone than by an explosion. And after a week in Colombia, I figure that Tejo is probably one of the more harmless activities going down after dark. 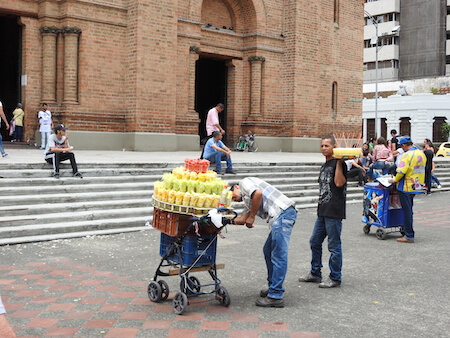 It seems fitting that the game involves gunpowder in a country plagued by pirates then Spanish conquerors, civil wars, guerrillas and Pablo Escobar, the notorious drug lord from Medellín. When I booked a tour I laughed to read that Medellín is famous for year-round good weather. A few years ago it was famous as the most dangerous city in the world.

It’s still an edgy place, and as we’re driving in I pick up a newspaper. One story – not even meriting the front page - says in the last 10 days Medellín’s security services have dealt with 43 cases of dead foreigners. It doesn’t say how many locals were killed in the same period, but I’d put money on it being higher.

The hotels are safely tucked away in a pleasant suburb filled with inviting restaurants and bars. We stroll down to the metro station and catch a train into the city centre to visit the museum dedicated to Fernando Botero, an artist with a fetish for fat bottoms. Outside the museum in Plaza Botero are another 23 of his larger-than-life works, and people are strolling around enjoying exotic fruit juices and hormiga culona, a delicacy of suitably fat-bottomed ants, fried to perfection. 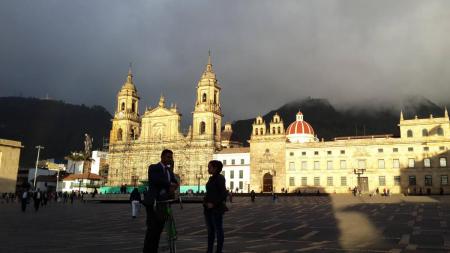 I turn down a side street and immediately feel ill at ease. A junkie is following me, ranting violently, and another lies comatose on the pavement. I walk around him as a pair of prostitutes bulging out of bright, ill-fitting skimpies offer me their services.

Medellín is in a valley surrounded by hills that the houses have crawled up into, clinging on at precarious angles. Where the houses run out the fertile hills return, perfect for growing coffee and coca plants.

A cable car serves the city’s commuters and we catch it to Parque Arvi at the top of a hill to admire the views. As we swing above the shanty houses, Andres tells us that the drug trade flourished because people here have no opportunities whatsoever in life. “There are still no opportunities - the minimum wage is too low and the education and healthcare system are crap. What you earn in a month you pay for your house and food,” he says.

When I get back to the hotel I see my safe is wide open, and I instantly go cold. Then I see my passport, envelope of cash and iPad are still inside. I must have left it open, and the cleaner ignored the temptation. Medellín, like anywhere else, has the bad, but they live among the good. 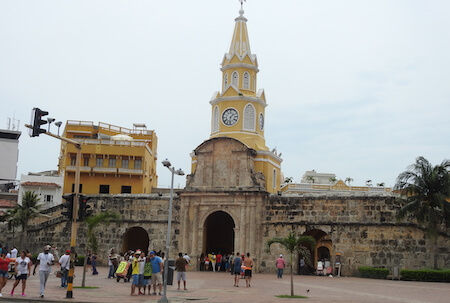 It all feels a world away from pretty Cartagena on Colombia’s Caribbean coast, a town so quaintly old colonial that it’s like a film set. Massive fortified walls protect a gorgeous maze of narrow cobbled streets and open plazas. Squat houses painted jaunty blue and mustard yellow are now shops and restaurants, with bougainvillea tumbling off their wooden balconies.

An old woman is crocheting colourful headbands and men are carving up pineapples on little street carts. I pass one old man again three hours later, and realise he’s spent the whole day - maybe his whole life - trying to sell fruit for a few pesos at a time.

San Felipe Castle was the largest fortress the Spanish ever built outside of Spain, and canons on its mighty ramparts still point out to sea, originally to keep pirates and the British from stealing the gold that Spain was plundering for itself.

Long, deep tunnels run beneath the castle, and I duck through a stone arch and start descending. There are lights in alcoves that once held candles, and it drops so sleepy that I hold onto the walls for support. As it twists and drops still further I'm nervous but lured on by fascination, until I'm relieved to find the passage blocked by chains. 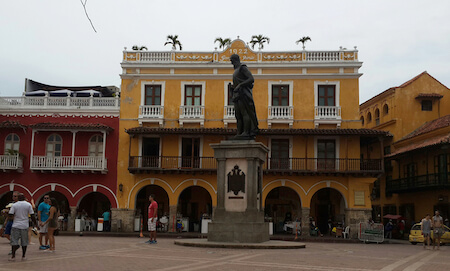 Back outside in the bright and muggy sunlight I stand below a giant flapping Columbian flag and watch a tropical storm blow in. I wait five minutes too long, and end up running back to my hotel pelted by massive raindrops that leave me drenched. An hour later the narrow roads have turned to rivers, with water lapping at the pavements and no way of crossing from one block to another without wading.

That evening Salcedo takes us to La Caponera, a downbeat local bar just outside the old town walls. I feel overcharged for a Cuba Libre, until I take a gulp and realise it’s a triple. Soon the bar begins to fill and we’re dancing salsa to the music from a tinny radio.

A day later the scenery changes again as we drive to the coffee region, which has been declared a Unesco World Heritage site. Mountain roads loop through endless switchbacks and our bus driver decides to overtake three cattle trucks on a blind corner. We survive and make it to the picturesque Hacienda Venecia, with a huge pool and snazzy hammocks swinging on the red verandas. 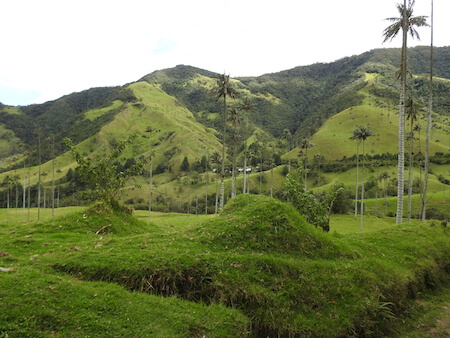 Dinner that night is roast chicken with fried plantain, refried beans and corn cakes, and it’s delicious. I drink it with lulo juice, as tart as passion fruit and calmed down with milk, or served undiluted, with a spoon to scoop up the chunks of crushed fruit.

Colombia has many turbulent undercurrents, with corrupt politicians, cycles of poverty and no attempt to hide its grittiness under a polished façade. I like it that way.

Andres wants his travellers to go forth and evangelise the side of Colombia that doesn't make the news, the friendly people, good food and stunning scenery. You can’t destroy the past, he says, but you can look to the future.