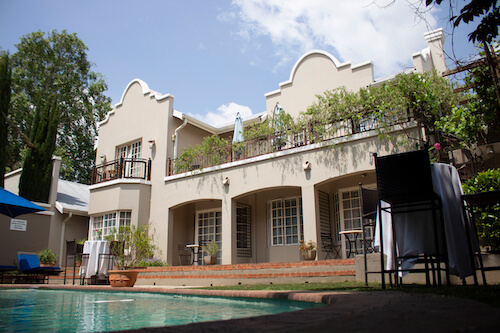 I worked in Rosebank for years and never once visited the Clico Boutique Hotel.

What a waste! I could have conducted my journalistic interviews in the courtyard over coffee or a glass of wine, then stayed for dinner in the 5-star restaurant. Still, it was a delight to finally discover the place for a city staycation, which is rapidly becoming my favourite thing now that long-haul travel is such a hassle.

The Clico is in an old Cape Dutch style building brimming with charm and intimacy, with only nine rooms, one restaurant and a swimming pool in the secluded garden. A mobile spa can be summoned for treatments in your room, but this is a cosy bolthole for the chillers, not the doers.
Eight of the bedrooms open onto the garden and pool, while one room is wheelchair-accessible and another is pet friendly. Since the general manager Martin Louw is 198cm tall, he’s made sure all the beds are extra-length queen, king or twins, and they’re topped by crisp, welcoming sheets. 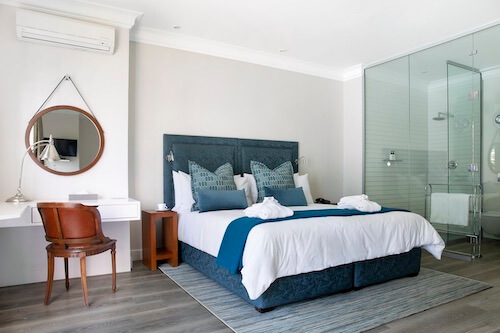 One funky feature is a switch that turns the bathroom glass from clear to opaque, in case room service arrives when you’re showering, the lovely receptionist Spencer Chigande explained. I do enjoy places with quirky features and friendly staff. There’s also a conference room with AV equipment and sliding doors that open onto the garden and patio for drinks and canapés. That morphs well into a small wedding venue too.

If you crave activity, Rosebank’s shops, cinemas, restaurants and clubs are a short stroll away, and Keyes Art Mile of galleries is just around the corner. But after a couple of hours of mooching I just wanted to get back to the Clico, open my complementary wine and wallow in the glorious Victoria & Albert bath with the Charlotte Rhys toiletries. So I did. This, I realised, would be the perfect place for frazzled parents wanting absolutely nothing but silence and the chance to reconnect with each other while the kids are with the nanny. Or for secret lovers, perhaps. Though I was perfectly happy to be alone there, reconnecting with myself. 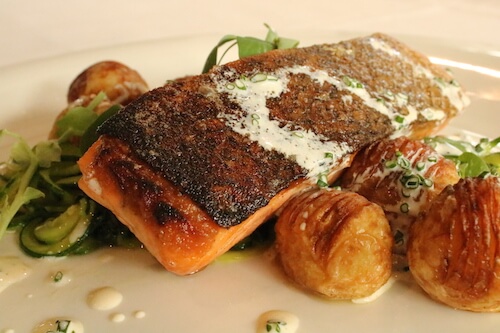 The Clico is deservedly a member of the Chaîne des Rôtisseurs gastronomy association, and non-guests can also enjoy breakfast, lunch or dinner here. On the last Sunday of every month there’s a live jazz lunch and wine tasting, with Martin choosing a boutique estate to showcase.

“It’s important to support small local businesses, so we’ve also found a craft beer producer from Johannesburg and we’re introducing an alcoholic ginger beer,” he says. He’s also working with the popular Sin+Tax bar in Rosebank to serve its signature cocktails at the Clico.

The hotel was originally opened in 2006 by Jeanette Schwegman, with the name inspired by her love of Veuve Clicquot Champagne. Any hotel named after bubbly gets my vote!